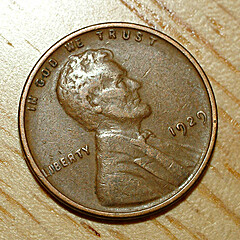 Aquest grup està oficialment inactiu. Són coses que passen. If you want to revive this group, or create a new group on the same topic, see this page.

Throughout 2009, we plan to read some books that were published 80 years ago. We've come up with a pretty comprehensive list of titles that were, to the best of our knowledge, published in 1929. (Feel free to add any that we may have missed to this thread!)

What are the common themes, if any? What snapshot of society do we get when we compare some of the books? How many of them are classics that have endured to this day?

The list includes
The Crime at Black Dudley by Margery Allingham
The Last September by Elizabeth Bowen
The Seven Dials Mystery by Agatha Christie
Les Enfants Terribles by Jean Cocteau
Berlin Alexanderplatz by Alfred Doblin
The Sound and the Fury by William Faulkner
Civilisation and its Discontents by Sigmund Freud
Doña Bárbara by Romulo Gallegos
Goodbye to All That by Robert Graves
Living by Henry Green
Léviathan by Julien Green
Rope by Patrick Hamilton
Red Harvest by Dashiell Hammett
A Farewell to Arms by Ernest Hemingway
A High Wind in Jamaica by Richard Hughes
Emil and the Detectives by Erich Kastner
Dodsworth by Sinclair Lewis
Mario and the Magician by Thomas Mann
David Golder by Irene Nemirovsky
All Quiet on the Western Front by Eric Maria Remarque
The Apple Cart by George Bernard Shaw
Cup of Gold by John Steinbeck
Some Prefer Nettles by Junichiro Tanizaki
Summer Lightning by P.G. Wodehouse
Look Homeward, Angel by Thomas Wolfe
A Room of One's Own by Virginia Woolf
Buchmendel by Stefan Zweig
plus quite a few others...

A thread shall be opened for each book as it is read. Why not join us on this journey through time!

This is a feature balloon