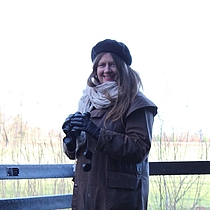 Real Name
Ruth B-C
About My Library
I particularly love Natural History, Travel/Exploration, Popular Science, Gardens & Gardening, Arabian Nights and books by & about those who love words and books.

I had to change the name of the profile to befit the fact that the Library now reflects both my husband's and my taste in books. Bowerbirds-Library seemed a relatively fitting description of the range of books and the desire to display them around us.
About Me
Bookworm, Gardener, Amateur naturalist (especially Birds, Bugs & Botany). Fellow of the Linnean Society. I am fan of Agatha Christie and am currently researching horticultural references in her stories 'Gardening; it can be Murder!'

I am only adding books in my 'read' list if I have read them cover to cover.

John is a Senior Design Engineer. He is interested in Business, Economics, Politics, Philosophy, Social Sciences and books about England and Englishness. John has a degree in Humanities with the Open University. He is definitely getting into the swing of visiting book shops and buying books, although this is proving 'challenging' in regards to shelf space!

Books read in 2021.
1: Elon Musk: How the Billionaire CEO of SpaceX and Tesla is shaping our Future. By Ashlee Vance.
2: Frida Kahlo: Making Herself Up. Ed. by Claire Wilcox.
3: The Biography of Frida Kahlo by Hayden Herrera.
4: The Lake District Murder by John Bude.
5: The Santa Klaus Murder by Mavis Doriel Hay.
6: Ghosts of the Chitchat. Ed. by Robert Lloyd-Parry.
7: Dearly by Margaret Atwood.
8: How Should One Read A Book? by Virginia Woolf.
9: The Hive: The Story of Honey Bees and Us by Bee Wilson.
10: The Unwinding by Jackie Morris.
11: Tales of Terror From The Black ship by Chris Priestley.
12: The Wry Romance of the Literary Rectory by Deborah Alun-Jones.
13: A Cup of Sake Beneath the Cherry Trees by Kenko.
14: Flush by Virginia Woolf.
15: Yellow Glass and Other Ghost Stories by Francis Young.
16: The Sutton Hoo Helmet by Sonja Marzinzik.
17: The Dig by John Preston.
18: Tales of Terror from the Tunnel's Mouth by Chris Priestley.
19: Night Terrors: The Ghost Stories of E.F.Benson.
20: Pan's Labyrinth by Guillermo del Toro & Cornelia Funke.
21: A Curious Invitation: The Forty Greatest Parties in Literature. by Suzette Field.
22: The Sunflowers are Mine: The Story of Van Gogh's Masterpiece by Martin Bailey.
23: Van Gogh's Ear by Bernadette Murphy.
24: The Essex Serpent by Sarah Perry.
25: Bluets by Maggie Nelson.
26: Finn Family Moomintroll by Tove Jansson.
27: The Best of Saki by Saki.
28: Mad Enchantment:Claude Monet and the Painting of the Water Lilies by Ross King.
29: How to Steal Like an Artist by Austin Kleon.
30: The Shadow of the Wind by Carlos Ruiz Zafron.
31: The Book of Pebbles by Christopher Stocks & Angie Lewin.
32: Eight Ghosts: The English Heritage Book of New Ghost Stories. Ed by Rowan Routh.
33: Sapiens: A Brief History of Human Kind by Yuval Noah Harari.
34: The Poison Garden by Sarah Singleton.
35: Uninvited Ghost and other Stories by Penelope Lively.
36: Why You Should Read Children's Books,Even though you are so old and wise by Katherine Rundell.
37: Time and Place,Notes on the Art of Calendars by Alexandra Harris.
38: The Christmas Wren by Gillian Clarke.

Books read in 2020.
1: The Starless Sea by Erin Morgenstein.
2: Miss Fisher Investigates by Kerry Greenwood.
3: Butterflies of Doncaster District by Edward Rimington.
4: Flying too High by Kerry Greenwood.
5: China, Trade and Power: Why the West's Economic Engagement has Failed. By Stewart Paterson.
6: English Country House Murders. Ed by Thomas Godfrey.
7: Evil Roots: Tales of the Botanical Gothic. Ed by Daisy Butcher.
8: Miss Peregrine's Home For Peculiar Children by Ransom Riggs.
9: Stardust by Neil Gaiman.
10: Catullus: The Complete Poems. Ed by Guy Lee.
11: Hollow City by Ransom Riggs
12: How Proust Can change Your Life by Alain De Botton.
13: The Garden Jungle or Gardening to Save the Planet by Dave Goulson.
14: Library of Souls by Ransom Riggs.
15: Forever Frida by Kathy Cano-Murillo.
16: Romantic Moderns: English Writers, Artists and the Imagination From Virginia Woolf to John Piper by Alexandra Harris.
17: A Note of Explanation by Vita Sackville-West.
18: Sanctuary: The Garden Observed by Christopher Woodward.
19: A Lesson in Life and Art: The Colourful World of Cedric Morris & Arthur Lett-Haines by Hugh St.Clair.
20: You Should Have Been Here Last Week: Sharp cuttings from a garden writer by Tim Richardson.
21: Weatherland: Writers and Artists Under English Skies by Alexandra Harris.
22: Jonathan Strange & Mr Norrell by Susanna Clarke.
23: The Binding by Bridget Collins.
24: The Making of An English Country Garden by Deborah Kellaway.
25: The Ladies of Grace Adieu by Susanna Clarke.
26: Virginia Woolf by Alexandra Harris.
27: The Fountainhead by Ayn Rand.
28: The Natural History of Ghosts: 500 Years of Hunting For Proof. By Roger Clarke.
29: Piranesi by Susanna Clarke.
30: The Night Circus by Erin Morgenstern.
31:The English Ghost By Peter Ackroyd.
32: Uncle Montague's Tales of Terror by Chris Priestley.
33: Earth to Earth: A Natural History of Churchyards By Stefan Buczacki.
34: Dead Funny: A Second Book of Grave Humour. Ed.by Fritz Spiegl.
35: Ghostland: In Search of a Haunted Country. By Edward Parnell.
36: Jeeves and the Wedding Bells. By Sebastian Faulks.
37: The Graveyard Book. By Neil Gaiman.
38: A Tomb with a View: The Stories and Glories of Graveyards by Peter Ross.
39: The Mistletoe Bride and Other Haunting Tales by Kate Mosse.
40: The Winter Ghosts by Kate Mosse.
41: The Haunted Library. Ed. by Tanya Kirk.
42: The Christmas Wren by Gillian Clarke.
43: The Animals at Lockwood Manor By Jane Healey
44: Christmas: Tradition, Truth & Total Baubles by Nick Page
45: Good Omens by Terry Pratchett & Neil Gaiman.
46: Tell me a dragon by Jackie Morris.
47: Christmas with Dull People by Saki.

Books read in 2019.
1: Death of a Hollow Man by Caroline Graham.
2: Murder at Madingley Grange by Caroline Graham.
3: Morning Frost by James Henry.
4: Death in Disguise by Caroline Graham.
5: The Lost Gardens by Anthony Eglin.
6: In the Teeth of Evidence by Dorothy L.Sayers.
7: The crime at Black Dudley by Margery Allingham.
8: Murder in Ecstasy by Ngaio Marsh.
9: Up The Garden Path by Henry Butterfield.
10. Murder in the Secret Garden by Ellery Adams.
11: Death in the Garden by Elizabeth Ironside.
12: Classic English Crime. Ed. by Tim Heald.
13: Cherry Ingram: The Man Who Saved Japan's Blossoms by Naoko Abe.
14: Black Orchids by Rex Stout.
15: The Startling Jungle; Colour and Scent in the Romantic Garden by Stephen Lacey.
16: N by Arthur Machen.
17: Wildlife Gardening for Everyone and Everything by Kate Bradbury.
18: Garden Open Tomorrow by Beverley Nichols.
19: Reflections From a Garden by Susan Hill & Rory Stuart.
20: Magpie Murders by Anthony Horowitz.
21: Deadheads by Reginald Hill.
22: Mulch by Ann Ripley.
23: In Search of Lost Roses by Thomas Christopher.
24: A Rose By Any Name: The Little-Known Lore and Deep-Rooted History of Rose Names. By Douglas Brenner & Stephen Scanniello.
25: Garden of Malice by Susan Kenney.
26: The English Rose Garden by Michael Gibson.
27: Orlando by Virginia Woolf.
28: Kew Gardens by Virginia Woolf.
29: Mrs Dalloway by Virginia Woolf.
30: Jacob's Room is Full of Books by Susan Hill.
31: The Woman in Black by Susan Hill.
32: The Raven and The Monkey's Paw by Edgar Allan Poe et al.
33: Death in the Garden by Michael Brown.
34: Yew & Non-Yew: Gardening for Horticultural Climbers by James Bartholomew.
35: Agatha Christie's Golden Age: An Analysis of Poirot's Golden Age Puzzles by John Goddard.
36: A Talent for Murder by Andrew Wilson.
37: The Passing of Mr Quinn by G.Roy McRae.
38: Into The Mummy's Tomb. Ed. by John Richard Stephens.
39: Murder Most Florid: Inside The Mind of a Forensic Botanist by Dr Mark Spencer.
40: The Christmas Wren by Gillian Clarke.
41: The Mummy's Curse: The True History of a Dark Fantasy by Roger Luckhurst.
42: Someone We Know by Shari Lapena.

Books read in 2015
1: Mapp & Lucia by E.F.Benson
2: Cottage Garden Flowers by Margery Fish.
3: The Virgin in the Ice by Ellis Peters.
4: A Slow Passion: Snails, My Garden and Me by Ruth Brookes.
5: Cuttings: A Year in the Garden with Christopher Lloyd.
6: Allotment Folk by Chris Opperman.
7: Elizabeth and Her German Garden by Elizabeth Von Arnim.
8: The Solitary Summer by Elizabeth Von Arnim.
9: The Enchanted April by Elizabeth Von Arnim.
10: The Curious Gardener by Anna Pavord.
11. A Letter for Mary by Laurie R. King
12: A Winter on the Nile by Anthony Sattin
13: Birds on the Nile by Lady William Cecil.
14: A Little History of British Gardening by Jenny Uglow.
15: A is for Arsenic by Kathryn Harkup.
16: Miss Marple: The Complete Short Stories by Agatha Christie.
17: Swedish Folk Tales.
18: A Buzz in the Meadow: by Dave Goulson. 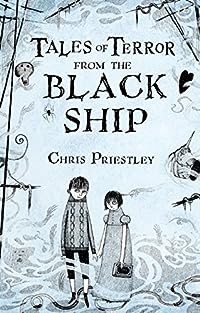 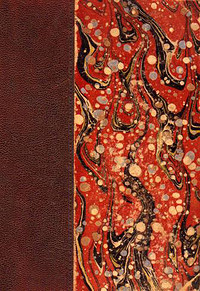 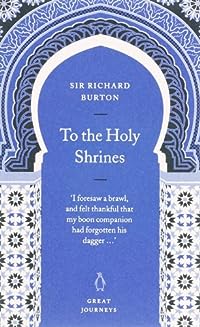 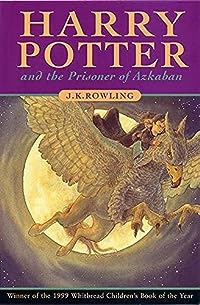 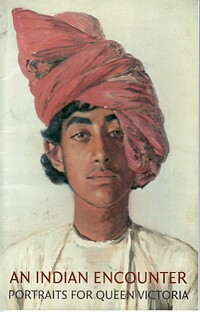 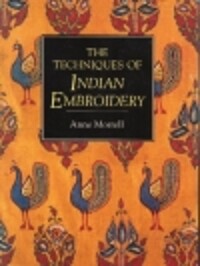 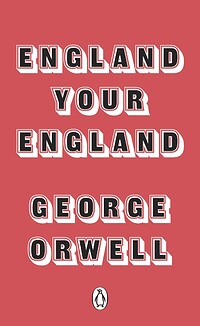 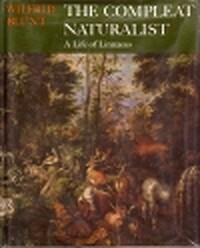 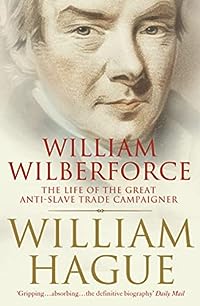