John Overholt had the pleasure of cataloging our Samuel Johnson Collection at Harvard. He shared his pleasure in a catablog about the treasures he cataloged.

Our Japanese Collection was sold at auction at Christie's, New York in October, 1988 to benefit the Pierpont Morgan Library. larxol used his knowledge of the Japanese language to catalog this collection on Library Thing.

Our English Drama Collection, including Shakespeare, was sold at Christie's, New York in April, 2004. Total Prices Realized amounted to $1,867,092. Four lots went unsold, including the pride of the auction, the 1611 Third Edition of Hamlet, whose auction estimate was $1,500,000-2,000,000. A collector from the Midwest reportedly bought the unsold lots after the auction was over. I received a "belated" Christmas present when moibibliomaniac completed the cataloging of my Drama Collection on Library Thing on Christmas Eve, 2009. Thank you!

Gabriel Austin, our librarian at Four Oaks Library, provided moibibliomaniac, with a short list of some of the books in our Architecture Collection. This collection has already been cataloged on Library Thing.

Don's Henry Fielding Collection was second to none, in Hugh Amory's words, "in the number and condition of textually significant editions and manuscripts." The collection, numbering over 200 items in all, contained first editions of all but 14 of Fielding's works, and a third of Fielding's manuscripts. I gave Don's Henry Fielding Collection to the Houghton Library at Harvard in 1987. The books were absorbed into the stacks with no record of provenance. But 35 of the books which were identified in Hugh Amory's catalogue covering the 1987 Houghton Library exhibition of this collection have been catalogued here on Library Thing.

Don had a small but choice collection of sporting books. In Four Oaks Library, Gabriel Austin said that the primary emphasis of this collection was "the first mentions of various games in printed books." Robert Harding, of Maggs Bros. provided moibibliomaniac with a list of Donald Hyde's Sporting Books Collection. This collection can now be viewed on Library Thing.

Additionally, moibibliomaniac has cataloged our books which are either in his library or listed in the bookseller catalogs of Brooklyn bookseller, Joe Maynard, and in Bob Fleck's Oak Knoll Catalogue 256.

About Me
Someone once called me, "one of the world's great living collectors." My first husband, Donald Hyde, and I amassed one of the greatest collections of Samuel Johnson in private hands. This collection is now at Harvard. And thanks to Harvard, you can view this collection on Library Thing. Our other collections are included on Library Thing as well.
You can learn more about me by reading a talk about me that LTer moibibliomaniac presented before the Florida Bibliophile Society in 2006. 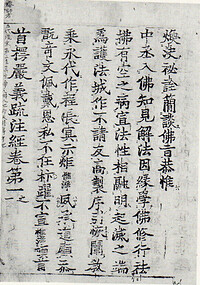 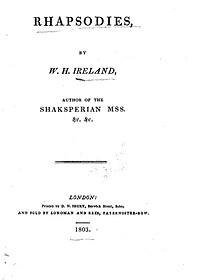