Real Name
Jean
About My Library
As you might guess, I am buried in books. I actively collect cookbooks, especially old cookbooks and recipe booklets, and Asian and third-world cookbooks--the more esoteric, the better. I also have an extensive collection of foreign lit and lots of random books.... I had more, but I am beginning to think they were lost while they were supposed to be safe in storage. I'm trying NOT to think about that.

I have a lot more books to log in, so stay tuned for further developments!
About Me
I guess you could call me a bibliophile. :-) But that is probably obvious, because I am here. As my user name suggests, I was an editor. Now I am a burnt-out editor. In my second life, I want to be a librarian. Note the common theme!

Update (6/2009): I am looking for a place to live with my daughter and three cats. Other than that, this will be dictated by books and finances. (Note the order in which these words occurred to me!) I may be slow logging in books until the move is achieved, but I am hoping that I will be more organized after the move.
****

In late November 2009, I purchased a house, which is still (as of May 2010) being renovated. It has a lot of perimeter space, as well as a full attic over the garage. I hope that this space will be conducive to getting my holdings organized.

I still have not moved! I have, however, been schlepping cookbooks to the new house and trying to organize them, so I can splice them into the books that I have already organized. This is not easy.

We built ca 170 feet of new shelving. I started out by putting unlogged and previously unsorted books, in categories, onto more than half of those shelves and quickly ran out of space. The other shelves were supposed to be for books that had at least been logged in, even though they also had never been sorted. Areas of those shelves have already been filled.

This is taking so much time. I fear I will just have to dump books onto some additional shelving and then sort and log them later. I can barely walk in my "library" and my living room! Oh yes. And then there is the garage. One does want to use a garage in the winter here in New England.

March 2012 update. I am still sorting. Eeek! Logging in books takes so much time that I occasionally find myself shelving books without doing so. This will end up complicating life.

July 2012 update. Still sorting books and ephemera. I am loving the ephemera as I go through it--it is like eye candy. The illustrations are increasingly interesting as time passes, and the content can give a good idea of what recipes were just introduced or in vogue at any particular time. If I had it to do over again, I would have concentrated more on ephemera. (It is also small!)

April 2015 update. Oh no! I just wrote a fairly long update, but then I clicked to find more information on "Also on" below. By doing so, my whole update disappeared!!!!! Rewriting always leads to a suboptimal version of what was written before.

Highlights of the lost update:

1. I am still buried in books and am TRYING to just log on the basics and not spend numerous days doing research and writing about every object. Do you know you can spend MUCH time on the tiniest publications? No? Well, you can!

2. In addition to logging in books and booklets, I need to reshelve almost everything. I recently tackled my large wall of Asian cookbooks and managed to JUST get by with putting some of the oversized books on top of the bookcases, but the books are kind-of in exile up there. Of course, even though I THOUGHT I had found all of the Asian cookbooks that lurked in boxes and stacks, I then found MORE that need to go into that area. I DO NOT want to expand into the next bookcase, which is around the corner, but that is getting increasingly inevitable.

3. Much of my time is taken up by volunteer work at a library, both for the library itself (working on local history and genealogy) and for the Friends (whose work is never-ending). I really need PAID work. I like proofreading things that MUST be perfect. (I call this "intelligent proofreading", because I want to hone things to perfection in every way.) I also love working on cookbooks and have some experience doing that. I want to work for MANY years, but it is really hard (impossible?) to get a job when one sees my age. Also, I don't WANT to do this, that, and the other unrelated things. (My theory is that the person who is being replaced gradually absorbed such tasks and the companies/people want a replacement who can do those things from the very beginning.)

(For those who noticed the placement of my end quotation mark above, I will add that I started doing this when I was working on the documentation of computer programs. I then decided it makes much more sense than the way USians are taught to do it.

June 2019. I've spent a lot of time trying to figure out how to add to my favorites with no success. So I will mention a couple more venues here:

Rabelais in Biddeford, Maine is fantastic beyond belief. A MUST for any cookbook collectors or cooking researcher who can get there. (I am a wimpy driver, so I only managed to get there for the first time this month after wanting to get there for many years. I was back the very next weekend and anticipate MANY trips there.

Eagle Trading in Assonet, Massachusetts is also a good destination for cookbook people.

Douglas N. Harding's Rare Books in Wells, Maine is an enormous used-book store! Although it has a cookbooks section, there is little of interest there for me. I've mostly been buying art books there, plus a few rare books and a smattering of other nonfiction.

Back to more local venues...

I've been buying recent books at The Concord Bookshop in Concord, Massachusetts. Got to support local businesses, even if the books cost more. I started looking at their online offerings during the COVID-19 pandemic and was most surprised to find that they have a huge number of books there, mostly new editions. The question is how many of these are the product of [I'm blanking... the name was just there] optical scanning. Those are just awful!

Also in Concord, Massachusetts: Barrow Book Store, which specializes in used books. This shop is relatively small, but there are some great finds. I usually glance at the cookbook section, because hope springs eternal, then at art books, and then at new arrivals, where most of the treasures await. Unfortunately, they have not put any effort into getting their stock online, so one can't shop online during the COVID-19 pandemic.

April 2020. I am sequestered because of the COVID-19 pandemic. For some odd reason, instead of continuing to log in the heaps of books that await, I've turned to organizing and logging in music. I think this is because I figure I have a long time to be working on my collections, so it doesn't really matter what I do at any particular time (assuming I keep myself alive). It also reminds me that I have to convert my record collection to CDs. Ditto the cassettes. For a long time, I thought that this meant I'd have to sit there, selecting favorite cuts. However, I more recently realized that it would be FAR better to record the whole record first and then rerecord specific cuts.
Ubicació
about 15 miles from Boston, Massachusetts, USA
Memberships
LibraryThing Early Reviewers
Preferits locals 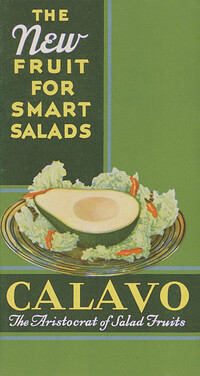