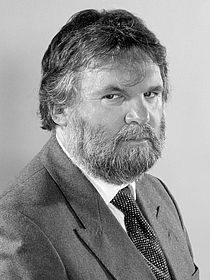 Quant a
la meva bibliotecaI have an eclectic mix of books. My two main areas of interest though are:

Firstly the Teach Yourself self help books-I had bought a couple of them but noticed how many I was then seeing in second hand books hops, junk shops etc and wondered (as you do) how many there were-well check out how many I have got and my set is far from complete!!

Secondly the writings of S.L.Bensusan. You have probably never heard of him but he wrote wonderful short stories in the dialect of the Dengie area of Essex. He died in 1958 but his writing was done between about 1908 to 1955. The Dengie area is north of the River Crouch and south of the River Blackwater, up as far as Maldon, though both Chelmsford and Romford appear in the books (as Chenchester and Rumbridge respectively), plus some place called "Lunnon". Sadly the dialect has all but died out. Bensusan was compared by Rudyard Kipling to Thomas Hardy. Bensusan however was not so dark in his stories.

I am also a great Tolkien fan-have been since 1962 when my teacher Miss Read read The Hobbit to us in class. I also collect "The Cherry" books by Will Scott-a great favourite of mine in the days of my youth.

I continue my fascination with the Church-both its Theology, its Liturgy, its History, and of course the Theatre.