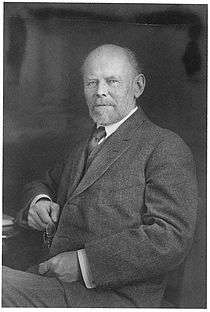 Real Name
Hans Peter Gyllembourg Koch
About Me
Hans Peter Gyllembourg Koch (1844-1918), a young, well educated Dane arrived on the Montana frontier in 1869 at the tender age of 24, after a few "Kiekegaardian years" knocking about on the Eastern side of the Mississippi. He was an entrepreneur (chopping wood and skinning wolves) a trader and early bookman on the Montana frontier. He formed, over a long lifetime, a substantial private library, the core of which consisted of approximately 250 of the most important books about the exploration, early settlement, and contacts with Native Americans in the American West published between 1735 and 1918. The collection is especially strong in the exploration and settlement of the Upper Missouri River.

Peter Koch (after arriving in America he preferred the shortened version) was born in Denmark in 1844 and in 1865 he impulsively left his studies at the University of Copenhagen to try his luck in the new world. In 1868 he arrived at his uncle Christian Koch’s home on the Pearl River, near New Orleans and promptly fell in love with his cousin Laurie. Christian was a sea captain, farmer and ardent bibliophile himself. Not liking the climate in the vicinity of New Orleans, Peter struck out for the frontier to establish himself. In the summer of 1868 he traveled by riverboat from New Orleans to St Louis and then booked passage up the Missouri on the sternwheeler "Tacony" to Fort Benton in the new Montana territory. Near Ft. Musselshell, where the Tacony finally ran aground a few miles upstream, he began his new life as a woodcutter and trader with the Crow and all the while buying books with whatever cash he could spare to bring some comfort to the harsh and oft times dangerous frontier.

Peter read philosophy, natural history, and languages (German, English, Greek and Latin) first at Latin school in Nykobing, and then later at the University of Copenhagen. He was deeply drawn to and influenced by the earliest explorers as well as the scientific expeditions of his day. From his books and writings we can deduce that he especially admired Alexander Von Humbolt and his protégée, Prince Maximilion of Weid-Neuweid. His library includes copies of the writings of Charles Darwin, Louis Aggasiz, and the geologies of Joseph Le Conte. Once established in Fort Ellis and then in Bozeman, Montana, he met and corresponded with F. V. Hayden and William Henry Jackson when they visited the upper Missouri and Yellowstone Rivers. He assiduously collected exploration journals, archaeological reports, botanical and geological manuals. He enjoyed the plays of Shakespeare, the poetry of Whittier and Bryant. A noted amateur scientist himself and scholar of the Lewis and Clark expedition of discovery, he was instrumental in forming Bozeman’s first public library and was chief among the founders of what later became Montana State University in Bozeman. Peter’s strong ideas about education extensively shaped the young institution. To exercise his scientific bent he collected native plant specimens which he eventually donated to the Department of Botany and which now form the core of the University’s collection.

Peter being well disposed towards scholars and scientists was helpful to Eliott Coues, (the pre-emenent scholar of Western Exploration scholar at the time) in his researches of the Lewis and Clark expedition routes; especially Captain Clark’s route down the Yellowstone. Coues later presented Peter with signed copies of his 4 volume History of the Expedition under the Command of Lewis and Clark.

Peter is noted for establishing the first "public" library in Bozeman, Montana and was active in the The Montana Historical Society, in whose journals he first published his reminiscences of life on the Montana frontier.

Peter’s son Elers studied the sciences and the classical liberal arts in Bozeman, graduating in 1901, and continued his studies at Yale University graduating in the second class of American foresters in 1903. He went on to become a founding American forester and spent most of his working and recreational life in the mountains of Montana and Northern Idaho. He was vitally interested in the books that he had inherited from his father and became an authority on Lewis and Clark in the Rocky Mountains. He wrote several essays on the expedition and mapped in detail their campsites on the Bitterroot, Lochsa, and Clearwater Rivers. He was known to have placed a copy of the journals across his saddle and retraced their trail and whenever possible marking their camps. The now familiar Historical Site highway markers of the West were once known as Koch Markers when Elers first wrote descriptions and quoted excerpts from the journals and had them planted along highways 93 and 410 marking campsites and major features of the expedition. In retirement Elers wrote historical essays, his memoirs, and a novel drawn from his own wilderness adventures.

Some of my earliest memories are of these books when they (and I) were in my Grandfather’s study on Beckwith Avenue in the late 1940’s and early 50’s. During that time my mother and I lived with Elers and he raised me as a father, my own father (his eldest son, Stanley) having been killed during the invasion of Normandy in 1944. Elers worked in the library every day for the last 10 years of his life. He was in constant touch with local and national authors and scholars of the Lewis & Clark expedition and welcomed them into his library. I vividly remember visits from writers Walter van Tilburg Clark and Bernard deVoto and the photographer Invgaard Eide who was photographing the trail of Lewis and Clark for his book American Odyssey, the Journey of Lewis and Clark, who consulted the Bodmer atlas to research the perspectives and vantage points from which Bodmer had painted his views of the upper Missouri in 1833-4.

Following the death of Elers in 1954, the books traveled 50 miles up the Bitterroot River and into the care of his son,Thomas P. Koch.

Since 2000 the books reside gracefully in my Berkeley library where I am in daily contact with their pleasant old-leather and smoky aroma (three generations of Koch’s smoked pipes and Cuban cigars in their presence).
Admiring my grandfather and great-grandfather, who each collected and contributed to the literature and understanding of the Lewis and Clark expedition, a determination grew to make my own contribution as well. My most diligent category of additions to the Koch collection are books, papers, and (now) one major television documentary that originate either from the Koch family archives or include historical elements drawn from my ancestor’s lives by historians, novelists, and journalists. I include in this category scholarly and amateur historical studies that quote either Peter or Elers. I just discovered the novel Wandersong, by Eleanor Banks in which Peter Koch plays a part.

I am responsible the publication of my grandfather’s autobiography, Forty Years a Forester, which lay in the family archive for 50 + years; and I published my Great-great-grandfather Christian Koch’s diary, The Diary of Christian Koch 1831-1836, which includes a description of his early river-boat trip up the Missouri to the Yellowstone River in 1833, the same year as the artist Karl Bodmer who was accompanying the expedition of Prince Maxmilian of Weid-Neuweid, and just one year following George Catlin.

In addition, I am largely responsible for the publication of Splendid on a Large Scale: The Letters of Peter Koch, Montana Territory, 1869-1874 — edited with an introduction by Kim Allen Scott and with a preface by Rick Newby. The collection includes nearly 300 letters, dispatches, and Peter’s selected autobiographical writings; due out from the Drumlummon Institute in Helena, Montana (2009).

****
Walter Benjamin, in “Unpacking my Library” tells us that, "—for a true collector the whole background of an item adds up to a magic encyclopedia whose quintessence is the fate of his object." Concerning the fate of the Koch library, I am happy to continue curating the objects, and, for now, I fully intend to keep studying and collecting!

HansPeterKoch ha afegit:
History of the catholic missions among the Indian tribes of the United States de John G. Shea

HansPeterKoch ha afegit:
Exploration of the Colorado River of the West and its tributaries. Explored in 1869, 1870, 1871, and 1872, under the direction of the secretary of the Smithsonian institution de John Wesley Powell