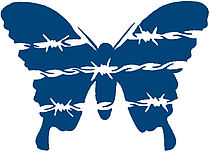 Quant a miThe Jewish Identity Center's Holocaust Awareness Museum, America's first Holocaust museum, is 50 years young. Yaakov Riz, the museum's founder, was a Holocaust survivor who lost 83 members of his family in Hitler's death camps. Riz vowed that if he survived he would dedicate his life to establishing a museum that would memorialize the millions of Jews and Non-Jews who perished at the hands of Nazi barbarism. Initially, the museum was housed in the basement of Riz's home. The museum's genesis, its growth and its struggle against intolerance are the realization of his dream, his courage and his commitment.

In the five-county area that we serve, the museum's educational and community outreach is ecumenical and comprises a population that ranges from elementary school school (grade 5) to senior citizens. Many of the students we work with come from disadvantaged homes. Some of our students are newcomers who have fled countries such as Sierra Leone, Liberia, and Serbia.

During the last 50 years, tens of thousands of students have visited the museum. We, in turn, have presented thousands of Holocaust programs in schools and to community groups and organizations. Our efforts are designed to emphasize the message that racial, ethnic, and religious hatred are the social poisons that weaken the American democracy.

Quant a
la meva bibliotecaInside the museum, we have an extensive research collection of memoirs, biographies, and other works relating to the Holocaust.