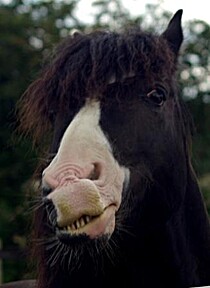 Quant a
la meva bibliotecaThis library has been collected over fifty years and is shared with my housemate and best friend. It reflects old and continuing passions, though it also contains something of everything – also that we are more interested in content than form, and believe that paperback fiction is better because it takes up less room. Cataloguing has only just begun but, eventually, will tell us how many thousand books and graphic novels we own.

There is a great deal of genre fiction, mainly science fiction, fantasy and classic detective, though there are also many historical novels and thrillers. This collection is weeded at regular intervals on the basis of "Are you going to read that again?". However, as we have very different tastes in all these genres, we still hold a lot of books that I hate, and equally many that my best friend hates. There is also a collection of classics, mainly written before 1600 and often in translation, and some modern literary novels, plays and poetry.

There is also a collection of children's books, which includes rare and first editions.

The collection of Graphic Novels and collected comic book editions reflects various periods of 'catching up' and the filling of gaps in a life of intermittent comic book collecting.

We also have a rather large collection of reference books for two people who are not academics. Of these, the largest numbers are on ancient history (centred on the Persian Empire, and on Rome from Scipio to Hadrian), the second world war (and, in particular, the undercover war in Europe), science (in particular biology and evolution), television and film, witchcraft and ritual magic, myth and religion and related topics, and domesticated animals, particularly horses, dogs, cats and falconry. However, there are very few subjects that we cannot reference from our library – if we can find the appropriate book!