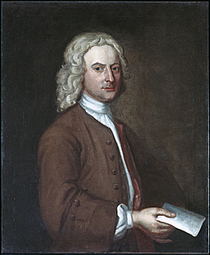 Real Name
Prentis Family
About My Library
The Prentis Family Library documents the library belonging to four generations of a wealthy merchant family whose love of books and education was shared by male and female members alike. Most of the 17th and 18th century titles in the library belonged to Joseph Sr. and Joseph Jr. These titles along with 19th century additions made by Webb descendants of Joseph Prentis, Jr. are the reason the library is known as the Webb-Prentis Collection. In 1978 the collection was donated to and divided between the Alderman Library at the University of Virginia and the Colonial Williamsburg Foundation Research Library. A small number of titles remain in private hands.

Caroline Julia Richter's 1985 master's thesis "The Prentis Family and Their Library" contains a bibliography of "extant, lost and unlocated" titles included in the reconstructed library with the location of where each citation can be found. Documentation is provided from the following sources: Webb-Prentis Collection, Dr. Joseph P. Webb & Family, Joseph Prentis, Sr's estate inventory, Virginia Gazette Day Book 1764-1766, and "Paradise Lost List", a handwritten list of titles in the family copy of Paradise Lost. Richter's thesis is the source for this project.

For this specific collection, titles in which the edition is not known are noted as n.d. in the Date field.

Questions? Comments? Concerns? Do you know of additional books which should be included here? Please contact Libraries of Early America coordinator Jeremy Dibbell. This library was compiled by Juleigh Clark at the Rockefeller Library, Colonial Williamsburg (and others).
About Me
William Prentis Sr. (1701-65) opened the store on Duke of Gloucester Street in Williamsburg that was the basis for the family's commercial success. The business was dissolved in 1779 because of restrictions placed upoon it by the Non-Importation Agreement. William's son Joseph Prentis, Sr. (1754-1809) practiced law as did his son, Joseph Jr. (1783-1851).
Ubicació
Williamsburg, VA
Pàgina d'inici
http://www.research.org/jdrlibrary.cfm

PrentisFamily ha afegit:
The complaint or night-thoughts on life, death, and immortality. To which are added, some thoughts on the late rebellion, and a paraphrase on part of the Book of Job de Edward Young

PrentisFamily ha afegit:
Rural oeconomy: or, Essays on the practical parts of husbandry. Designed to explain several methods of conducting different farms ... To which is added, The rural Socrates: being memoirs of a country philospher de Arthur Young