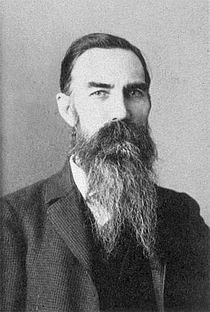 He is best known for his "Hawaiian Annual," a reference work published annually between 1875 and 1974. The almanacs were comprehensive, and provide information on population, geography, and business, among other topics. His interest in Hawai'ian folklore led to the publication of other titles on the topic, earning him some distinction as an authority on the matter. After his death his papers and library were acquired by the University of Hawai'i.

Quant a
la meva bibliotecaThe library is pulled from bibliography of the collection found at archive.org (https://archive.org/details/ahp0146.0001.001.umich.edu). It was sold at auction around March 1935, and a large number of titles here can now be found at the University of Hawai'i libraries. The bibliography includes some notes on condition and format, which have been added to the comments for each title.