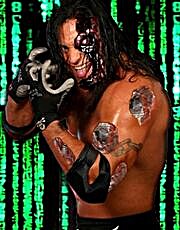 Quant a miCurrently a public school teacher near the South Texas Coast.

Quant a
la meva bibliotecaConfederacy of Dunces is my measurement for all things literary. J. Toole, Kurt Vonnegut, Jr., and William Kotzwinkle represent the foundation of my collections.

Coming from, and still in, very rural parts of Texas means little access to quality bookstores and libraries. Thus, Quality Paperback Book Club was, and remains to be, an incredible force for finding out about books and the reading life.

A reasonable amount of my library consists of items purchased through mail order book clubs; specifically QPB. The situation is that often the ISBN does not produce a match. Thus, am not totally confident as to the exact edition or not on some copies.

Of course, the internet has opened up the market tremendously allowing me to find out about books that I would never have heard of in rural Texas.

Tag for Top 20 suggests a collection of titles that is usually changing depending on the feel of the moment. _Confederacy of Dunces_ will always be number 1. _Cat's Cradle_, _The Fan Man_, _Hunger_, _The Cellar_, and _The Fountainhead_ will always be close to that but the other wonderful books continue to slide in and out of the Top 20.

Those titles under the "transgressive" tag is from my own definition and schema. Some of the titles and authors may not fit in such a classification from others but will remain as such as TuDo's list.

_Transgressions 2 & 3 & so on_ is very misleading. The paperback books (2, 3, ...) are just 2-3 of the stories in the original hardcover _Transgressions_ edited by Ed McBain.

"Bummer" tag represents a title that failed to deliver on its promise and was a disappointment in reading. Yet, I kept these titles for various reasons. Some books are so bad I don't finish reading them and consequently get rid of the ones that I don't read, or have no interest in reading.

Books listed on my page are books that I actually currently own. These aren't books that I read once and lost or returned nor are they books that I would like to have in my collection (as some of the top spots on this site are). If it is not in my personal library then it is not on my page.