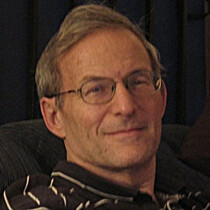 Real Name
Charles N. Small
About My Library
I began loving books as a small child with a twenty-volume set of The Book of Knowledge (1911 edition) I found in our house; it was a set my mother had convinced her own mother to hand down to us mostly for my benefit, being viewed as the prodigy of the family.

I remember in particular the poetry and stories, Ruskin's "King of the Golden River" and a gorgeous and scarily illustrated version of Christina Rossetti's "Goblin Market". There weren't many books at home but we did have Jules Verne's "Mysterious Island", "Scararmouche", and "The Boy's Book of Exploration".

At school I ransacked the library, largely for Enid Blyton books and Biggles of the R. A. F. At about twelve I began an overambitious project of reading all seven volumes of the Durants' History of the World, but never got past the first few pages of "Our Oriental Heritage".

I began seriously filling up the shelves when I was about twelve and the school board gave book certificates as annual awards to students with outstanding report cards. We used to go down to the book department at Eaton's in downtown Montreal, where I could, in using up the $ 10.00 certificate, walk out with literally an armload of books. I still have some of those first gift certificate books on the shelves and on encountering them in my cataloguing, will remember that this or that was one of the earliest acquisitions. Pierre Berton's "The Big Sell", E. S. Turner's "The Shocking History of Advertising", E. M. Forster's "Two Cheers for Democracy". I had no idea what this last was about, but I liked the title. You can see what a little cynic I already was. My tastes were highly eclectic, as they are now: one armload might have included "Three Men in a Boat" along with "The Rise and Fall of the Third Reich", a very relevant topic for a young Jewish kid in the 1950s. Or "Of Human Bondage" and "The Unquiet Grave"; I was a sombre and gloomy young fellow. There always needed to be a presentation book as well, some relatively fat and impressive hardcover the principal could hand on to you at the awards ceremony. The earliest of these I remember was "The Story of Canada", by Donald Creighton, an appropriately bland and inoffensive title (Shirer would not have cut it).

Just recently I found Wells' Pelican edition of "A Short History of the World", with a bookplate indicating that it had been awarded to me in grade ten. Can it have been that late ?

For grade eleven, I was in what they called an enriched program, and was fortunate enough to have a marvellous and inspiring English teacher, who, among other things, would lend us from her own library books she thought would be just right for us. One of these was an introduction to the modern novel. Oddly, which book this was now escapes me, but it went through a huge range of writers, and was my first encounter with names like Alan Sillitoe, Kingsley Amis, Bernard Malamud and John Barth. From that point, I began keeping lists of Books To Be Read, a practice of which the current exercise in wishlists is a remote descendant.

There was a long period where I abandoned these lists, and almost abandoned reading altogether. There was a long period, too, in which I could only read non-fiction. The world of most non-fiction writers was, I found, too stifling and constricted and oppressive, unpleasant to spend a long time in as it is unpleasant to be compelled to spend an evening in the company of a loudmouthed and ego-ridden neurotic. I am getting over that a bit and being a bit more forgiving of foibles and weaknesses, as I get older myself (I am now in my late 60s and edging toward retirement, or semi-retirement).

My original university degree was in English. A huge disappointment not only because of the absence of professional prospects afterward, but also due to the singular lack of inspirational, enthusiastic and committed instruction, a memorable encounter with Hugh MacLennan for one course at McGill being a notable exception. Generally, it was a huge letdown in quality after my remarkable high school teacher.

In the enriched class, there was lots of Dickens, Jane Austen (who bored me to tears), Thackeray (who reads Vanity Fair these days in high school ?) And tons of Shakespeare, culminating in Hamlet. One of the exercises we went through involved each of the gifted kids in the class reading and reporting on a different work of Hamlet criticism, which led to a stunning and kaleidoscopic insight into how much could be drawn from the text. My own assignment was John Dover Wilson's "What Happens In Hamlet", which I have never forgotten.

In rebellion against the dry and stagnant pools of New Criticism I encountered in university, and the narrow cult of modernism, of Eliot and Joyce, I filled my head with as much as I could find of an entirely opposite world, exemplified mostly by Henry Miller, the Beats, Kerouac, Ginsberg, Burroughs, the oddballs like Whitman, and eventually, esoterica and weirdness of all sorts. From Kerouac I made my way to Zen and Alan Watts and D. T. Suzuki, a familiar journey at the time, and then from Suzuki to C. G. Jung. Thence to mandalas, synchronicity, psi, UFOs, and other 60s madness. But I went somewhat further than the dabblers by eventually immersing myself in eastern texts, emerging with a couple of years of Sanskrit and a graduate degree in History and Philosophy of Religion.

But then, kids and family, and finding a way to feed said kids, became a priority. All of the above being by now ancient history; it is only in old age that I am beginning to resurrect a few of these interests. And finding also that some of the writers who would in the past to me have been anathema, are now a little more tolerable. I have not yet checked on whether other early inspirations would now prove naive and disappointing when I return to them; I have avoided going there, I guess, because I am worried that might be the case. But, as Paul Kantner said, life is change (and who knew that was inspired by John Wyndham, another of my early favorites ? I just found that out today).

I still find almost all bestsellers unbearable, other than Stephen King. Absent from the shelves also are detective fiction and mysteries, romance, historical fiction, pulp novels, pop psychology and pap, culture-based fads (other than some of my 60s and 70s flings), and self-help books.

So far I have catalogued (I would guess) between 10 % and 15 % of the books on my shelves. I update the catalogue as I have time. I have used the automated recommendations feature to add most of the items on the Wishlist, which is very extensive. The automated recommendations and the Series lists are very handy, I find. Not that I would ever be able to actually read all of those books, not in ten lifetimes. But I enjoy knowing that they're out there. It's a way of building an enormous intellectual map. I use the Comments field, along with a small local directory file, to build the actual physical map of where the books are located on the shelves, if I need to find them. Most are still unsorted at this point, since they have spent a good part of their lifetime (and mine) in storage and boxes, and we have gone through a couple of large moves, including twice across the continent. And I still add a lot, mostly by way of used books, from the Favorites on my bookstores list and occasionally via online buying.

At the moment, my cutoff also is books out of copyright and classics. Where they are free on Amazon, I will download them and use Kindle. So those in the catalogue are mostly those that have been there for years; I won't buy them now new or used. I haven't catalogued the Kindle books, or Audiobooks either at this point, as it would become endless.

It's an addiction. There is also a daughter who seems to be appreciative of the value of the book collection; the items marked Out On Loan are out on loan to her; theoretically still part of the one big library though they are sitting on her shelves.

cns1000 ha afegit:
There we sat down : Talmudic Judaism in the making de Jacob Neusner 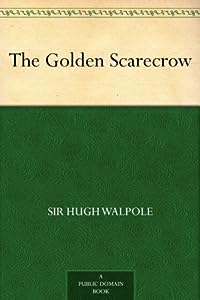 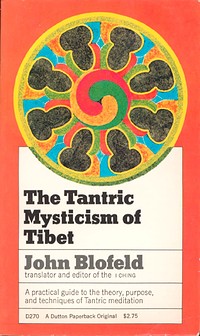 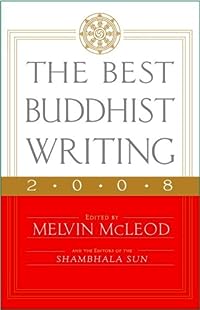 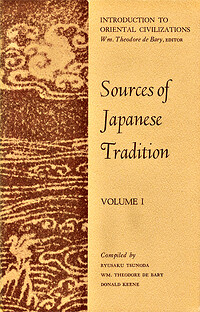 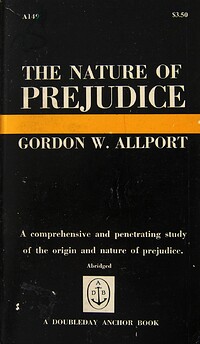 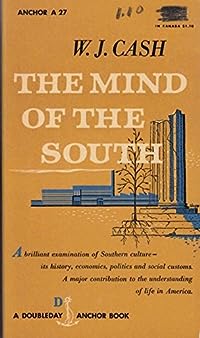 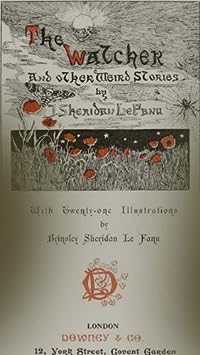 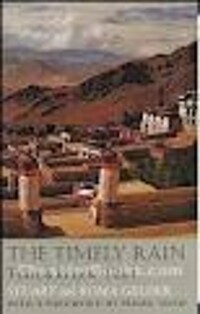 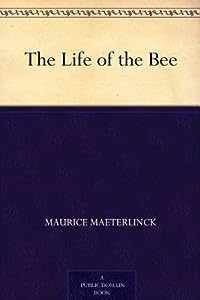 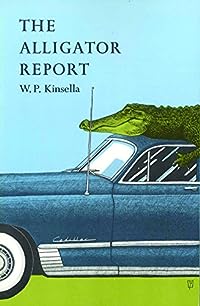 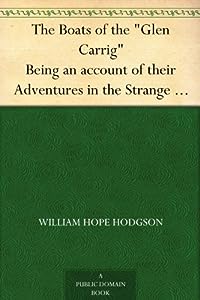 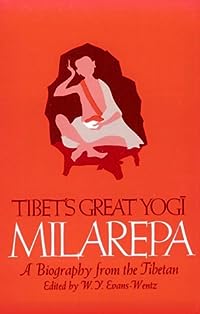 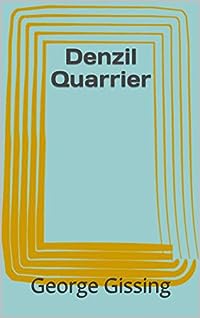 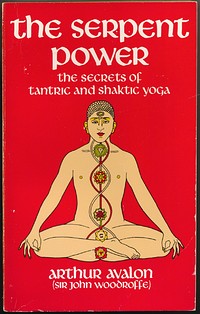