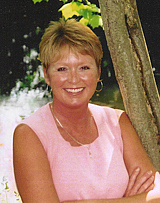 French's books have been chosen by numerous book clubs across America as their Book of the Month. Chasing Horses was named finalist in the Heart & Scroll Madcap Contest for Best in Romantic Comedy, 2001. Wayne’s Dead was named one of MyShelf’s Top 10 Reads for 2002 and Manager’s Pick for the Month of September 2003 by United Authors Association. The Bodyguard and the Show Dog received the 2006 Single Titles Reviewers' Choice Award and was nominated finalist in the Dog Writers Association of America 2006 Writing Competition, Book: Fiction. The Bodyguard and the Rock Star was named Award-Winning Finalist in the USA Book News Best Books 2009 Competition. Chasing Secrets was named Finalist in the 2009 Dog Writer’s Association of America Writing Competition, Book: Fiction and Finalist in the EPIC 2010 E-Book Competition, Adventure Romance. Chasing Demons was nominated finalist in the Epic 2012 E-Book Competition, Book: Action Adventure. In addition, all nine books have been placed with the McClung Historical Collection of the East Tennessee Historical Center as part of the local and genealogical history of East Tennessee. The translation rights for Wayne's Dead were sold to Yacom Publishers of Seoul, South Korea and the translation rights for Chasing Demons were sold to Futami Shobo Publishers of Tokyo, Japan.

French was recently listed in the book 50 Great Writers You Should be Reading.

French presently serves on the Board of Directors of Tennessee Mountain Writers. She formerly served on the Board of the Southeast Mystery Writers of America (SEMWA) Skill Build Committee, representing East Tennessee, and organized and hosted a skill build in Knoxville, Tennessee in August, 2005, sponsored by SEMWA.

In August, 2006, French was interviewed for the Norwegian magazine, "Magasinet", published by "Dagbladet" (http://www.dagbladet.no/magasinet/2006/08/28/475079.html) in an article by Kjersti Flaa about beauty scams and women's constant search for the right products.. Her article on Genre Fiction vs. Literary Fiction was utilized by the University of Florida in Spring, 2006 as part of the coursework for Crime and Detective Fiction (http://www.clas.ufl.edu/users/eginway/POW4930.html). Her essay on The History of Makeup has been published in the book Exploring Beauty by Joanne Strobert.

French worked as a paralegal until she decided she preferred to be her own boss. In the past, she owned and operated a medical transcription service for psychiatrists and psychologists, a transcription service for court reporters, and freelanced as a paralegal. With her husband, she has co-owned a cartage company, industrial tire service, and most recently, a forklift service. French previously was book reviewer for the Knoxville News-Sentinel and presently reviews books for Midwest Book Review and Amazon Vine Voice.

French resides on a mini-farm in Powell, TN, with her husband, four dogs and two cats. Avid boaters, she and her husband are renovating a 1987 70’ Somerset houseboat. In addition, Christy enjoys working in her flowerbeds and vegetable gardens, horseback riding, camping and, of course, reading. She is a volunteer with Wolf Creek Weimaraner Rescue and donates proceeds from her book sales to this group as well as the local animal shelter. She is a member of Tennessee Mountain Writers, High Country Writers, Romance Writers of America, Sisters in Crime, the Guppies, and Tennessee Writers Alliance.

More information about Christy and her writing can be found at www.christytilleryfrench.com or www.authorsden.com/christytfrench.

Quant a
la meva bibliotecaI love to read/review all genres, but especially like romantic suspense and mysteries, or horror vis a vis Stephen King or Dean Koontz.