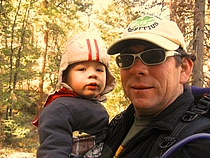 Real Name
Jon
About My Library
My LibraryThing catalog contains MOSTLY BOOKS I HAVE READ. The Astronomy Library of the University of Utrecht in The Netherlands
Photo Credit: (Erik) 2. A screaming comes across the sky. Thomas Pynchon, Gravity's Rainbow (1973)

4. If you really want to hear about it, the first thing you'll probably want to know is where I was born, and what my lousy childhood was like, and how my parents were occupied and all before they had me, and all that David Copperfield kind of crap, but I don't feel like going into it, if you want to know the truth. J. D. Salinger, The Catcher in the Rye (1951)

5. Stately, plump Buck Mulligan came from the stairhead, bearing a bowl of lather on which a mirror and a razor lay crossed. James Joyce, Ulysses (1922)

6. One summer afternoon Mrs. Oedipa Maas came home from a Tupperware party whose hostess had put perhaps too much kirsch in the fondue to find that she, Oedipa, had been named executor, or she supposed executrix, of the estate of one Pierce Inverarity, a California real estate mogul who had once lost two million dollars in his spare time but still had assets numerous and tangled enough to make the job of sorting it all out more than honorary. Thomas Pynchon, The Crying of Lot 49 (1966)

7. All this happened, more or less. Kurt Vonnegut, Slaughterhouse-Five (1969)

8. Francis Marion Tarwater's uncle had been dead for only half a day when the boy got too drunk to finish digging his grave and a Negro named Buford Munson, who had come to get a jug filled, had to finish it and drag the body from the breakfast table where it was still sitting and bury it in a decent and Christian way, with the sign of its Saviour at the head of the grave and enough dirt on top to keep the dogs from digging it up. Flannery O'Connor, The Violent Bear it Away (1960)

9. Justice? You get justice in the next world, in this world you have the law. William Gaddis, A Frolic of His Own (1994)

11. I awoke one morning with the usual perplexity of mind which accompanies the return of consciousness. George MacDonald, Phantastes (1858)

13. A merry little surge of electricity piped by automatic alarm from the mood organ beside his bed awakened Rick Deckard. Philip K. Dick, Do Androids Dream of Electric Sheep? (1968)

14. We were somewhere around Barstow on the edge of the desert when the drugs began to take hold. Hunter S. Thompson, Fear and Loathing in Las Vegas (1971)

15. A throng of bearded men, in sad-colored garments and gray, steeple-crowned hats, intermixed with women, some wearing hoods, and others bareheaded, was assembled in front of a wooden edifice, the door of which was heavily timbered with oak, and studded with iron spikes. Nathaniel Hawthorne, The Scarlet Letter (1850)

17. To the red country and part of the gray country of Oklahoma, the last rains came gently, and they did not cut the scarred earth. John Steinbeck, The Grapes of Wrath (1939)

19. I sent one boy to the gaschamber at Huntsville. Cormac McCarthy, No Country for Old Men (2005)

20. The sky above the port was the color of television, tuned to a dead channel. William Gibson, Neuromancer (1984)

21. In the late summer of that year we lived in a house in a village that looked across the river and the plain to the mountains. Ernest Hemingway, A Farewell to Arms (1929)

22. Many years later, as he faced the firing squad, Colonel Aureliano Buendia was to remember that distant afternoon when his father took him to discover ice. Gabriel Garcia Marquez, One Hundred Years of Solitude (1967)

23. Not everybody knows how I killed old Phillip Mathers, smashing his jaw in with my spade; but first it is better to speak of my friendship with John Divney because it was he who first knocked old Mathers down by giving him a great blow in the neck with a special bicycle-pump which he manufactured himself out of a hollow iron bar. Flann O'Brien, The Third Policeman (written 1939-40, published 1968)

"If one spent one's whole day working and sleeping, there would be no time for observation, let alone thought." Thomas Pynchon

Part noir, part psychedelic romp, all Thomas Pynchon—private eye Doc Sportello comes, occasionally, out of a marijuana haze to watch the end of an era as free love slips away and paranoia creeps in with the L.A. fog. 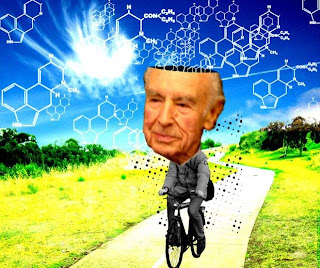 To read--acquire new knowledge, explore the imagination, understand new ideas, attain spiritual enlightenment. Knowledge is such a limited word. Existence necessitates a prismatic, kaleidoscopic knowledge, a knowledge that reflects the collective human mind. Reading is a catalyst to acquire a microdot of truth, perception, insight into reality, to perceive how thinkers and sojourners interpret life, truth, beauty and love. Before I die, I want to taste of life, discover meaning and truth. Reading helps me see what I am incapable of seeing. I see through the author's eyes. Like a prisoner in Plato's Cave, authors help me to enter the world of light and bring me closer to grasping elusive truth. Like looking through the Hubble Space Telescope at a sliver of space, like looking through a keyhole, like a frog in a well, I only see a portion of truth-reality. Books open the truth-opening just a little wider for me to see out and wonder.