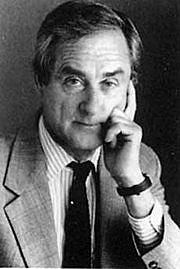 Quant a miHarold Evans was the editor of the Sunday Times and the Times (and earlier of the Northern Echo and assistant editor of the Manchester Evening News). A graduate of Durham University, he has written a number of best selling histories. He followed the late Alistair Cooke in commentaries on America for the BBC. He holds the British Press Awards' Gold Award for Lifetime Achievement of Journalists. In 2001 British journalists voted him the all-time greatest British newspaper editor. He was knighted in 2004.

Sir Harold Matthew Evans (born 28 June 1928) is a British-born journalist and writer who was editor of The Sunday Times from 1967 to 1981. He has written various books on history and journalism. Since 2001, Evans has served as editor-at-large of The Week Magazine and since 2005, he has been a contributor to The Guardian and BBC Radio 4. Evans was appointed editor-at-large of Reuters in June 2011.

Evans was born in Newton Heath, Manchester, where he attended Brookdale High School Newton Heath, school with the future Alfred, Lord Morris of Manchester, who nicknamed him "Poshie" because he was the only boy in the school whose father - a railway driver - owned an automobile.

His career began as a reporter for a weekly newspaper in Ashton-under-Lyne, Lancashire at 16 years old. After completing his national service in the Royal Air Force, he entered Durham University where he graduated with honours in politics and economics and subsequently earned a Master of Arts degree for a thesis on foreign policy. He became an assistant editor of the Manchester Evening News and won a Harkness Fellowship in 1956-57 for travel and study in the United States. He began to gain a reputation on his return from the U.S. when he was appointed editor of the regional daily The Northern Echo, where one of his campaigns resulted in a national programme for the detection of cervical cancer.

During his 14-year tenure as editor of the Sunday Times, Evans was responsible for its crusading style of investigative reporting which brought to public attention many stories and scandals which were officially denied or ignored.

One such report was about the plight of hundreds of British Thalidomide children who had never had any compensation for severe birth defects some had suffered. This turned into a campaign for the newspaper's Insight investigative team, and Evans himself took on the drug companies responsible for the manufacture of Thalidomide, pursuing them through the English courts and eventually gaining victory in the European Court of Human Rights. As a result, the victims' families won compensation after more than a decade. Moreover, the British Government was compelled to change the law inhibiting the reporting of civil cases.

Other influential investigative reports included the exposure of Kim Philby as a Soviet spy and the publication of the diaries of former Labour Minister Richard Crossman, thereby risking prosecution under the Official Secrets Act.

When Rupert Murdoch acquired Times Newspapers Limited in 1981, Evans was appointed editor of The Times. However, he remained with the paper only a year, resigning over policy differences relating to editorial independence. Evans wrote an account in a book entitled Good Times, Bad Times (1984). On leaving The Times, Evans became director of Goldcrest Films and Television.

In 1984, Evans moved to the United States, where he taught at Duke University. He was subsequently appointed editor-in-chief of The Atlantic Monthly Press and became editorial director of US News and World Report. In 1986 he was the founding editor of Conde Nast Traveler, dedicated to "truth in travel".

Evans was appointed president and publisher of Random House trade group from 1990 to 1997 and editorial director and vice chairman of US News and World Report, the New York Daily News, and The Atlantic Monthly from 1997 to January 2000, when he resigned to concentrate on writing.

Evans' best known work, The American Century, won critical acclaim when it was published in 1998. The sequel, They Made America (2004), described the lives of some of the country's most important inventors and innovators. Fortune identified it as one of the best books in the 75 years of that magazine's publication. It was adapted as a four-part television mini-series that same year and as a National Public Radio special in the USA in 2005.

Harold Evans became an American citizen in 1993, and lives in New York with his wife Tina Brown and their two children. He was knighted for services to journalism in 2004