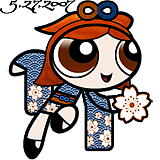 About My Library
As I have once again been simplifying my life, once again my library is under attack from the space authorities. The thing is, these space authorities aren't all cool and from the planet Neptune. No, these space authorities come from the plebeian Budget and Finance department of the completely pedestrian Apartment sphere. They have this freakishly weird set of equations that tell me how much each book of space costs in terms of apartment size. Every time I rebel against their authoritative authority, the dust bunny volunteer militia decides to remind me about that other problem with libraries and then that sets off a sinus infection, and I just end up with a high-maintenance snotty mess.

So, back to the library board. In today's catch and send-to-the-cannery episode, I mean, wildlife preserve, excuse me, I have dumped several hundred books of series that I will never again re-read, finish reading, or read any more of some of those authors. The funny part is, I know that many of these books are popular with the scifi/fantasy crowd, but meh.

On a side note, I have to admit to getting a kick out of reading someone in Talk make recommendations for all of the series I think are dreadful, then go further and rip on the series I think are interesting, and one step further calling the one book I like in a series that exemplifies the meaning of 'running out of ideas so toss in the porn' as the worst written of the bunch. Truly if ever there were a reverse recommendation schema, I could use this anonymous person's suggestions as an exemplary calculation for my own tastes. I'll have to see what else this person thrashes on, because I might actually get some good recommendations that way! (I'm looking at you, you recommendations algorithm! I really need a way to say, "Never this Author, ever." to the recommendations, *sigh*.)

Back to the original description of my slasher fest of a re-librarying… first priority of shelf space goes to my beloved chemistry books. Even if I didn't love each and every one of them, I kinda need them to I don't know, pass some exams or something. The small, but well-chosen (and much-loved) chemistry shelf is under, well, Chemistry. The shelf will continue to require more and more space as the years progress, so yet another reason the space authorities have been snooping around where they're not wanted.

Everything else that's required of a passing grade can be found on the other shelves, which now includes books for courses that I will never, ever, ever take again in a million years even if I have to for some god-forsaken reason. The shall-remain-nameless offending courses as well as other course books that I enjoy sit comfortably together (it's not like I tell the textbooks that their courses are evil, it's not their fault and it would hurt the textbook's feelings… and I just can't do that to a $150+ book) on the gigantic amount of reinforced space (I could use some of these as bricks in which to build a new apartment building) known as the Textbooks shelf.

You know what goes well with chemistry? Cooking. That's right, I said it raw fiends, cooking! I still eat a mostly raw vegan diet, but you know what I can't get enough of? Fake. Taco. Pizza. I mean seriously, it's the one ultra-bad-for-you indulgence that I get in a vegan/vegetarian regimen (completely disregard the fact that all I want right now are chips and deep fried ice cream, ok? I'm talking about indulgences that I can actually physically stomach more than two weeks straight). Take the ordinary acid-producing taco and combine it with the heart-attack inducing pizza, and you've got yourself a winner there. Throw on tons of guacamole and omfg, you've got death baked right in. Now, I do have to qualify this description a little by saying that I don't actually use any real animals in the process… I stick with the ultra-health-causing TVP, but that is really a trivial matter when compared to the fact that I'm making taco pizzas for dinner. What my original point was to this was that in order to have this crispy golden bad boy, I need to apply heat. Heat means cooking. So I've restored some of my previous cookbook glory back to their 'no longer under the bed' shelf space, in of course, Cooking.

Ah, but I guess I'm not completely lost yet, I still have an apocalypse collection for when the world loses all of its combined food knowledge in the giant technoquake of 20XX. I've just disguised them so as not to alert the you-know-who people as to the fact that I know it's coming. So I've named it Home Economics, because no one will be able to guess what that means. I'm totally cereal.

Oh god, this also means that I should really hide the Philosophy corner of my shelves as well, because those can also get the red flag applied to my file. Given what kind of books I shove under the unhealthy philosophy banner, I probably have *multiple* red flags on my file, for fun. I'm not sure what else I would call them though, because even though I've marked them as philosophy doesn't mean I agree with it, but hell, that seems to be what everyone thinks when you've got books with contentious or even outright repulsive contents in them marked as philosophy. Maybe I should call it my happy-fun-family-wish-time category. Oh wait, given some of the books in the list, no that would also be the wrong impression. I should just give in and call it 'Red Flag Me'. Of course, then no one would pay it any attention… which could be good!

The one shelf that bears the brunt of all of my space authority parole sessions is still Science Fiction. Upon clearing out my storage units (notice the s there people!), I realised that I had box after box of pure crap staring me in the face and wanting shelf space. Why? Why did these monstrosities of appalling science abuse deserve shelf space (and even more importantly plane travel weight for that matter, have you SEEN the prices for shipped luggage?! I could afford to start up my own publishing company with the amount I've had to pay in baggage alone!). Why did the horde of unwashed technofantasy masses deserve to be added to my shelf space parole violations?! Well, they didn't. I had mad visions of opening up the plane doors and dumping out box after box of this trash and yelling, "where's your deus ex machina now, huh?!" but then I realised that I would have some serious issues trying to prove I'm not a threat to airline security after doing that, and it wouldn't be worth it, even if it were cathartic. I considered lighting the stack on fire, but, as I am a prudent environmentalist (albeit scientific, so none of that green-washing pseudoscience for me), I decided against the fahrenheit-451-carbon-releasing method. I also noticed that I had about one or two books that I actually liked steeped in the middle of the steaming piles of festering words. I saved the ones that could be saved and entrusted the rest to the salvation army. If anyone could find a use for those terrors (toilet paper? litter box liners?), it would be those frugal people. There are a couple of the 'bad books' still lying dormant in the new storage facilities for the good books. I know they're there. They can't hide from me forever.

What's left on the laundry list of my books are either boring, or books from when I was little. No one takes away my copies of the Velveteen Rabbit. No one. Someday my stuffed animals will come to life, and then everyone will finally see the truth! They're real, they've ALWAYS been real!

Peace out.
About Me
For someone that loves rain and fog, I sure picked the wrong place to live. I was supposed to end up on the dreariest coast imaginable where no one comes to experience the biting cold and zero visibility. But no! I ended up not on a solitary soggy beach, but in a city in Australia. This is the opposite of rain and fog!

It's not quite exactly my fault though, you see. There was this mathematician... and well... he more than makes up for the craptacular sunny weather. I'll endure the endless bottles of spf 100+, the need for near-black sunglasses and sun hats for a while longer though. Hopefully not too much longer or else love really will make me BLIND. Too much sun! Hisssssss!

I'm a student in Chemistry, so that occupies a lot of my time (wait for the groan from any other students nearby looking at their current work loads) preventing me from fully complaining about the bright orange pain orb in the sky...lab work of course requires that I be in the basement somewhere...

The other part of my time is devoted to stuffed animals. I have... a few... now... and I ravenously collect a specific brand of stuffed animals like a squirrel gathering nuts for winter. I also get a new animal whenever I go somewhere new. Appropriate, don't you think? New place, new animal... oh yeah, makes sense to me. I have favourites, but I can't say that too loudly, or else the rest of them will hear and then they'll feel bad, and I just can't afford group therapy for all of them. Have you seen the going rates nowadays?! Having even 1/4 of them hear me say that would break the bank in therapy costs...not that the financial crises need any help breaking the banks! One of my current favs is 'Huggy' the stuffed Koala backpack. Currently he's going out and about with me wherever I go.

So then comes the part of my time that is devoted to reading and writing. Although, I have to admit that I'm not certain I can call myself a science fiction fan anymore. Well no, I'm a fan of science fiction, but I'm not a fan of techno-fantasy, which is all that I have found browsing the bookstores lately. I have next-to-no patience for reading techno-fantasy. If I roll my eyes on the first page, it's not coming home with me, and lately I haven't brought anything home. Actually, I think I have given up finding anything currently in the genre that I think is appealing. I read page after page of descriptions or synopses and I haven't seen anything that has sparked my interest in a very long time (normally I just burst out laughing at the appalling abuse of science). Well, maybe some other decade.
Ara mateix l'estic llegint
Introduction to Quantum Mechanics (2nd Edition) de David J. Griffiths
The Good Book: A Humanist Bible de A C C. Grayling
Organic Chemistry de David R. Klein
Modernist Cuisine: The Art and Science of Cooking de Nathan Myhrvold
Regenesis: How Synthetic Biology Will Reinvent Nature and Ourselves de George M. Church
Autors preferits
Yoshitaka Amano, P. W. Atkins, Wilhelmina Baird, Alfred Bester, Buddha, James Burke, Nichiren Daishōnin, Richard Dawkins, Daniel C. Dennett, Neil Gaiman, A. C. Grayling, Douglas R. Hofstadter, Aldous Huxley, Daisaku Ikeda, Franz Kafka, Rand Miller, Marvin Minsky, Jeff Noon, Carl Sagan, E. E. Smith, J. R. R. Tolkien, Burton Watson, H. G. Wells
Preferits locals

kassetra ha valorat i afegit:
Hyperbole and a Half: Unfortunate Situations, Flawed Coping Mechanisms, Mayhem, and Other Things That Happened de Allie Brosh 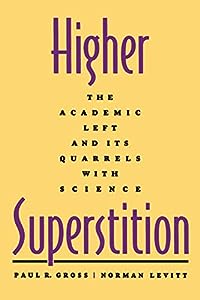 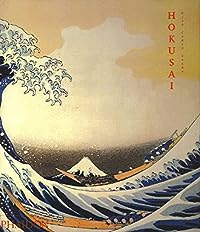 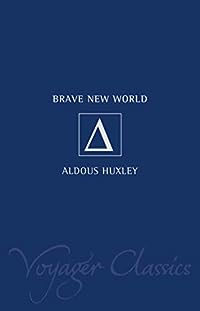 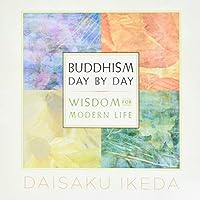 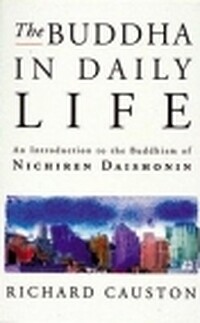 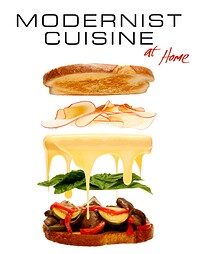 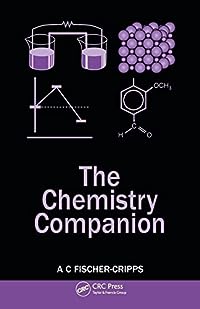 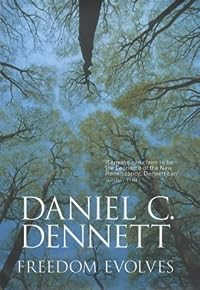 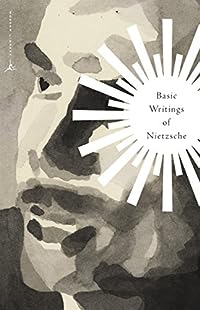 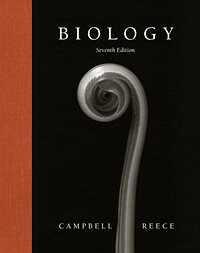 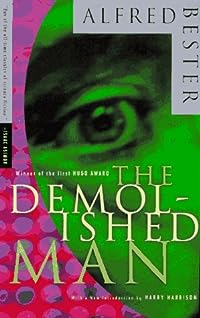 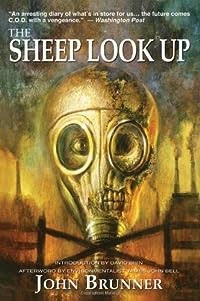 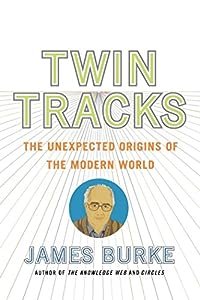 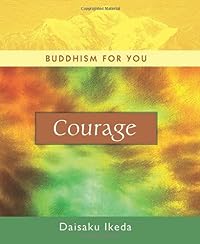