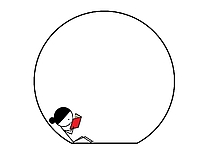 Reviews are linked in the thumbs.

2022 in Review: Favourites Under Construction
The goal for 2022 is to again try to whittle down more of my TBR pile so that it represents less than one-sixth of my overall books, and get back to the gender parity.

The Ice House by Nina Bawden,

Stalin's Daughter: The Extraordinary and Tumultuous Life of Svetlana Alliluyeva by Rosemary Sullivan,

Am I Too Loud? by Gerald Moore.

The Overstory by Richard Powers.

The Tree in the Yard by Betty Smith,

On Broadway by Damon Runyon,

My Life in France by Julia Child,

The Unbeatable Squirrel Girl by Ryan North and Erica Henderson,

Girl, Woman, Other by Bernardine Evaristo,

The Complete Persepolis by Marjane Satrapi.

The Sparrow by Mary Doria Russell.

The Moon by Colin Barrett,

He Never Came Back by Helen McCloy,

The Manuscript Found in Saragossa by Jan Potocki,

Roman Fever and Other Stories by Edith Wharton,

The Fountain Overflows by Rebecca West,

The Weather in the Streets by Rosamond Lehmann,

A Rope - In Case by Lillian Beckwith.

The Mayor of Casterbridge by Thomas Hardy.

The Summer Book by Tove Jansson,

Locking Up Our Own: Crime and Punishment in Black America by James Forman Jr,

Madame Zilensky and the King of Finland by Carson McCullers,

The Unwomanly Face of War by Svetlana Alexievich,

The Enchanted Places by Christopher Milne,

Invitation to the Waltz by Rosamund Lehmann,

The Light in the Piazza by Elizabeth Spencer,

Bartlett and the Forest of Plenty by Odo Hirsch,

The Parasites by Daphne du Maurier,

20 Years from the Waist Up by Richard Morecroft

The Fate of Food by Amanda Little,

The Skin Chairs by Barbara Comyns.

The Sportswriter by Richard Ford,

The Botany of Desire by Michael Pollan,

A Sport and a Pastime by James Salter,

Quartet in Autumn by Barbara Pym,

Zorba the Greek by Nikos Kazantzakis.

2018 in Review: Short Stories, Favourites
My 2018 reads mostly consisted of short story collections and authors who are women. There were lots of new-to-me authors, new voices,new styles for me to get acquainted with. I also reacquainted and consolidated my love for Decca Mitford and George Orwell.

Boys in Zinc by Svetlana Alexievich,

The Collected Stories by Grace Paley,

The Visiting Privilege by Joy Williams,

Reasons to Live by Amy Hempel,

A Manual for Cleaning Women by Lucia Berlin,

Down and Out in Paris and London by George Orwell,

Memoirs of a Dutiful Daughter by Simone de Beauvoir,

The Home by Penelope Mortimer,

Packing for Mars by Mary Roach,

Memories of a Catholic Girlhood by Mary McCarthy,

Saturday Lunch with the Brownings and Other Stories by Penelope Mortimer,

The Pursuit of Love by Nancy Mitford.

The Trauma Cleaner by Sarah Krasnostein,

The Mothers by Brit Bennett,

Liars and Saints by Maile Meloy,

2017 in Review: Literature Forming, Favourites
I had hoped for more poetry and plays, but ended up just with more nonfiction and just one poetry and two plays. A lot more of world history and social awareness this year though, which I'm pleased by.

The Love Child by Edith Olivier,

Shostakovich: a life remembered by Elizabeth A. M. Wilson,

A Place of Greater Safety by Hilary Mantel,

The Land of Green Plums by Herta Müller,

Behind the Beautiful Forevers by Katherine Boo,

Laughter in the Dark by Vladimir Nabokov,

We wish to inform you that tomorrow we will be killed with our families by Philip Gourevitch,

Negroland: a memoir by Margo Jefferson,

The Earth and Sky of Jacques Dorme by Andreï Makine,

The Gathering by Anne Enright,

The Pumpkin Eater by Penelope Mortimer,

The Girls of Slender Means by Muriel Spark,

The Way We Live Now by Anthony Trollope.

The Count of Monte Cristo by Alexandre Dumas,

Everything I Never Told You by Celeste Ng,

Here I am by Jonathan Safran Foer,

My Name is Asher Lev by Chaim Potok.

2016 in Review: Partly around the World, Favourites
As most of the authors I read before were English or American, I sought to broaden that this year with authors from Russia, France, Japan, Canada, and Poland. It is still a fairly narrow range, but it's a work in progress.

The House of Mirth by Edith Wharton,

Wives and Daughters by Elizabeth Gaskell,

Nothing to Envy by Barbara Demick,

The Makioka Sisters by Jun'ichirō Tanizaki,

H is for Hawk by Helen Macdonald,

My Ántonia by Willa Cather,

Crime and Punishment by Fyodor Dostoevsky,

The Heart is a Lonely Hunter by Carson McCullers,

The Thousand Autumns of Jacob de Zoet by David Mitchell,

The Bone Clocks by David Mitchell,

A Good Man is Hard to Find by Flannery O'Connor,

The Shadow of the Sun by Ryszard Kapuściński,

The Custom of the Country by Edith Wharton,

One Day in the Life of Ivan Denisovich by Alexander Solzhenitsyn.

The Light Between Oceans by M. L. Stedman,

All the Light We Cannot See by Anthony Doerr,

The Namesake by Jhumpa Lahiri,

I Capture the Castle by Dodie Smith,

Sense and Sensibility by Jane Austen,

Crossing to Safety by William Stegner,

A Fine Balance by Rohinton Mistry,

The Book Thief by Markus Zusak,

The Mandarins by Simone de Beauvoir,

The Blind Assassin by Margaret Atwood,

A Good School by Richard Yates,

The Years by Virginia Woolf,

Of Mice and Men by John Steinbeck.

2015 in Review: Progress towards Gender Equality
As the gender ratio of authors I read was skewed male, 2015 sought to rectify this with January being an all-female month with every book afterwards alternating. The practices of female-January will be carried over until the 42.46% female in my library is in its rightful place of 50%. Of the 34 books read this year, below were the favourites:

The Goldfinch by Donna Tartt,

The Handmaid's Tale by Margaret Atwood,

The Remains of the Day by Kazuo Ishiguro,

Interpreter of Maladies by Jhumpa Lahiri,

The Tin Drum by Günter Grass,

The Hired Man by Aminatta Forna,

The Master and Margarita by Mikhail Bulgakov,

All My Puny Sorrows by Miriam Toews,

If on a winter's night a traveller by Italo Calvino,

The Age of Innocence by Edith Wharton,

A Suitable Boy by Vikram Seth.

The Reader by Bernard Schlink,

A Constellation of Vital Phenomena by Anthony Marra,

Snow Flower and the Secret Fan by Lisa See,

2014 in Review: Getting Started
I had only read eighteen books since joining LibraryThing four months ago so there are not many to talk about. Note that a favourite book does not necessarily mean best rated book but may coincide. My favourites this year in my chronological reading order with links to my review/book/author:

The Poisonwood Bible by Barbara Kingsolver,

One Hundred Years of Solitude by Gabriel García Márquez,

The Amazing Adventures of Kavalier & Clay by Michael Chabon,

The Name of the Rose by Umberto Eco,

Possession: a romance by A. S. Byatt.

Dishonourable Mentions of books that I could not finish and therefore I did not review nor linked to the books nor authors but I linked to scathing reviews that I agree with:

If you find any mistakes in the links, please feel free to contact me.

kitzyl ha afegit:
So You Don't Get Lost in the Neighbourhood de Patrick Modiano 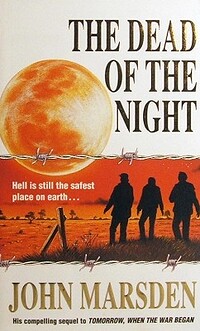 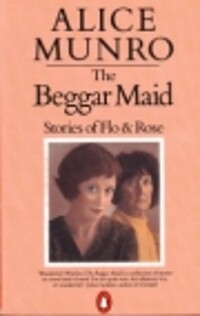 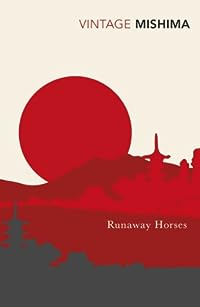 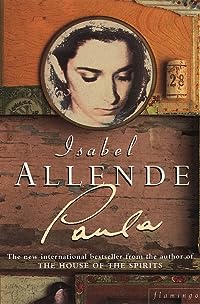 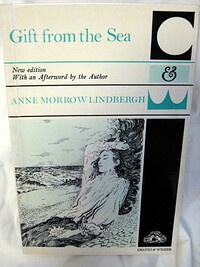 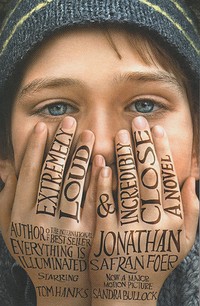 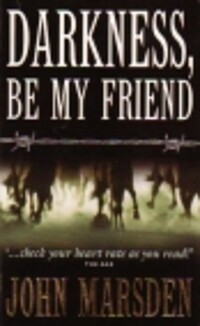 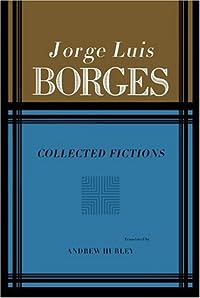 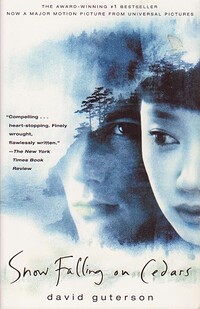 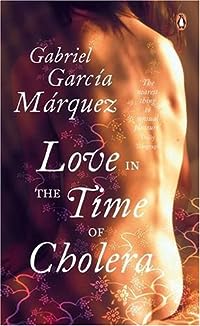 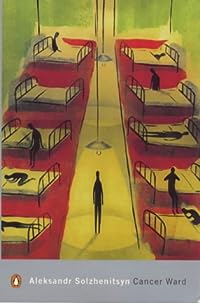 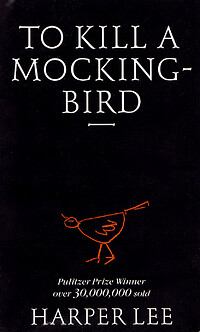 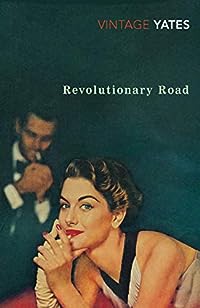