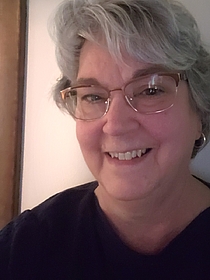 Quant a miI'm older than Elvis or John Lennon, but not as old as Paul McCartney or Bonnie Raitt. I love flowing water, flying geese, music, movies and books, books, books. My job was in the legal field, with responsibilities including case management, computer support, and systems administration. I retired at the end of 2015. I am a member of the Board of Trustees of the Scranton Public Library, and as of January, 2022, have just completed a 2 year term as its President. I also serve as President of the Board of Directors of the cemetery association that preserves and maintains the historic small cemetery in my hometown along the Delaware River in Northeastern Pennsylvania, and am an active volunteer with the Friends of Shady Lane Cemetery, in my adopted community in a neighboring county. I have a B.A. in English Literature from an excellent small liberal arts college, and continue on my own to study and enjoy the major and minor works of American literature, with an accent on William Faulkner, who takes up more shelf space than anyone else in my library. I married one English major and raised another. My catalog will include books owned by the one I married (@flamingrabbit), as well as my own. You'll find the offspring's catalog at @lycomayflower.

I will be hosting the American Authors Challenge for 2022 in the 75 Book Challenge Group.

Quant a
la meva bibliotecaEclectic. Threatens to take over the house. Much fiction, 19th, 20th and now 21st century. Emphasis on Southern writers, including Faulkner, Welty, Shelby Foote, Flannery O'Connor, James Lee Burke, Tennessee Williams, Truman Capote. Lots of non-fiction too--history, especially WWII and the American Civil War, science and natural history, modern religious scholarship, cookbooks. Fair representation of poetry, essays, biography, genealogy, local history (PA, NY, LA) "Candy" in the form of detective fiction, suspense, fantasy, and the best of Stephen King.
My catalog is as complete and accurate as I can make it. Naturally, some oversights creep in. Over the years, the ability to check what I own, or have read, or what I thought about what I have read, has become indispensable to me. LibraryThing filled a need I wasn't even aware of back in 2005. Now, the social aspects of the site also mean the world to me.

"Who kills a man kills a reasonable creature, God's image; but he who destroys a good book kills reason itself." John Milton

"..the truly cultured are capable of owning thousands of unread books without losing their composure or their desire for more." Gabriel Zaid

"It does me no injury for my neighbor to say there are twenty gods, or no god. It neither picks my pocket nor breaks my leg."
Thomas Jefferson

I aim to read approximately 100 books a year, but life sometimes slows me down. Lately I'm averaging around 84.

Here's where I started in 2014.
Chapter Two is here.
And Chapter Three.
The Fourth and final chapter for 2014 is here.

My 2010 reading thread can be found Here. and Here and
here

and its spin-off here with yet another extension here.

My wishlists for generous-type people: