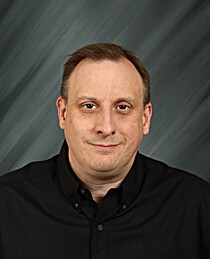 Quant a miReader, writer, cook and cat herder.
Not necessarily in that order.

You want to know more? Here's my bio from Amazon.com

Paul Wornham is the author of mystery novels The Philanthropist's Danse and The Mercy Contracts.

Paul grew up in the city of Bath in England, a place that everyone should see before they die.

He began his work life as a bookseller with WHSmith in the UK before they convinced him to sell music instead. He sold music and movies on both sides of the Atlantic over the next decade and a half, shifting with the times and technology from vinyl to CD and from VHS to DVD. In 2000, the emergence of Napster and file sharing convinced him the music business was over for retail and he got out and went back to school.

In 2002 he graduated with an MBA from the University of Alberta School of Business, joined a medical device manufacturer based in Edmonton, traveled to China and all over North America and generally had a blast.

In 2006 he moved to Ontario, where he now lives and writes in the company of a patient spouse and less patient felines. A lifelong reader, Paul's favorite books are A Prayer for Owen Meany by John Irving, Nobody's Fool by Richard Russo, and more recently the Wool series and just about anything else by Hugh Howey

Quant a
la meva bibliotecaMy library is far from complete, as most of my books are hardback and paperbacks purchased from actual book stores.

I'm an eclectic reader and can enjoy anything from a book on politics or biography to a sci-fi romp. The only stuff I don't read as a rule is vampires or young-adult, though I read and enjoyed the Hunger Games trilogy.

I love book recommendations and often pick up a new author if someone I know suggests I'll like it. I find it hard to read fiction when I'm in the middle of a work myself, so that has reduced my reading rate in the last couple of years, but my backlist of things to read keeps growing.