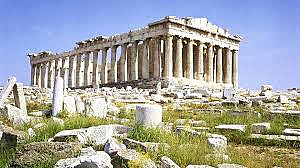 Greetings! In this thread I shall report on my readings in the classics which are represented within the Loeb Classical Library.

The first question that needs to be resolved concerns what qualifies as a reading from Loeb. It turns out that there are quite a few books that are in Loeb but which I have read or will be reading in other editions. I am fluent in neither Greek nor Latin although I do have a nodding acquaintance with the latter. There are a number of reasons for choosing other editions, primarily because they may contain fuller notes, introductions, maps and other materials. The Landmark Herodotus comes to mind. I never would have finished the entire book without the wonderful resources provided there. The purist in me would like to limit credit exclusively to Loeb editions. But as a practical matter, and because I am not a scholar per se, I would like to be free to read whatever edition I choose, and use this forum to discuss classics that are represented within the Loeb universe.

At present I am the proud owner of three Loeb editions:

I purchased the Boethius for The Consolation of Philosophy, which I love and own in several editions, because I wanted to see the original Latin. I don't recall how I happen to have the Loeb Classical Library Reader, but I am happy to have the smattering of materials from a variety of writers. The Athenaeus I just purchased because it sounded interesting.

Anyone interested in exploring materials found in the Loeb Classical Library will profit from exposure to the excerpts in this volume. Here we have an introductory sampler of what the editors call "lapidary nuggets drawn from thirty-three of antiquity's major authors including poetry, dialogue, philosophical writing, history, descriptive reporting, satire and fiction — giving a glimpse at the wide range of arts and sciences, styles and convictions" of sixteen Greek and seventeen Roman writers in five or six pages each.

Until now I have leafed through the book a number of times to get a feel for the contents but have not made a determined effort to read because I usually have two or three other books in process. But the time has come.

These excerpts are short, and I will attempt to summarize each selection as I go. The Greek samples are first in chronological order followed by the Latin. The Loeb custom of Greek-English or Latin-English facing pages is followed in this reader.

The first selection is from the Odyssey of Homer, and it is one of the most blood-thirsty passages from this otherwise rather tame epic wherein Odysseus describes how he blinds the Cyclops Polyphemus in order to escape from his cave. First he plies the Cyclops with wine until he falls into a drunken stupor:

Then it was I who thrust the stake under the deep ashes until it should grow hot, and heartened all my comrades with cheering words, so that no man might falter from fear. But when presently that stake of olivewood was about to catch fire, green though it was, and began to glow terribly, then it was I who brought it near from the fire, and my comrades stood round me and a god breathed into us great courage. They took the stake of olivewood, sharp at the point, and thrust it into his eye, while I, throwing my weight upon it from above, whirled it round, as a man bores a ship's timber with a drill, while those below keep it spinning with the strap, which they lay hold of by either end, and the drill runs unceasingly. Even so we took the fiery-pointed stake and whirled it around in his eye, and the blood flowed round it, all hot as it was. His eyelids above and below and his brows were all singed by the flame from the burning eyeball, and its roots crackled in the fire.

And it goes on. I had forgotten how graphic this episode was because I more recently read the Iliad where carnage and brutality dominate the entire work. Still, you have to love the wonderful way Homer tells a story.

Zeus is angry because humans acquired fire with the help of Prometheus. In a tit-for-tat move, Zeus creates Pandora whose name means "all gift" because all the gods contributed something to her quiver of woes to be showered upon mankind. Before Pandora "the tribes of men used to live upon the earth entirely apart from evils and without grievous toil and distressful diseases which gave death to men."

A brief account of the first Olympic Games founded by Herakles, in verse translation.

Antigone is charged with defying the king Creon by giving her accused brother a decent burial.

Thanks for these notes! I remember spying this book the day I went to the Harvard COOP to score my first Loeb ...

Congrats on the thread!

Thank you both for stopping by. More notes to follow soon, very soon!

Continuing with a few more thumbnails from A Loeb Classical Library Reader:

Having received asylum in Athens, Medea plots revenge against unfaithful Jason. She is determined to kill her children while the Chorus begs her not to.

I just read a different account of Jason and Medea in Chaucer's Legend of Good Women.

The opening passages of The Histories, which I just recently finished reading in the excellent Landmark edition, wherein the initial difficulties between Greeks and Persians — involving the theft of women in all cases and culminating in the Trojan War — are laid out as a preface to what will come.

The general Nicias argues against attempting to invade Sicily, but the Athenians seem even more determined to do it.

I am hoping to read Thucydides before the end of the year. Time is running out!

Oooh, all three of those are some of my very favorite reads! All powerful in their own way. Thucydides, when you get to him, is amazing - he gives me goosebumps every time I read him!

>9 scaifea: I have had the Penguin ed of Thucydides around for years. Would someone like me, who ain't a fancy schmancy CLASSICAL SCHOLAR* like some on y'all, be able to get through it (pleasantly) without some kind of secondary referenc-y type thing at hand?

Cuz I've heard occasionally that one should have such a thing at the ready, with old Thuc. But who knows. I forget where I read that.

>10 tungsten_peerts: You could, but it may not be as pleasant as if you had some sort of reference.

I am going to read the Landmark Thucydides. The Landmark Herodotus was spectacular -- intro, notes, 23 appendices on many subjects, a chapter-by-chapter timeline and 123 pages of maps with one every 4-5 pages. The only thing missing was an 800 number connecting directly with the author! The Thucydides looks to have a similar set of resources. I am looking forward to getting started!

I have abruptly decided to read the Republic now before the year ends, hopefully to be followed by Thucydides. In the meantime, I will continue reading the Loeb Reader.

Lysistrata tries to convince Athenian women to deny their husbands sex until the war with Sparta is over.

This translation is X-rated! Calling a spade a spade.

BTW, did you know Miletus was a notable exporter of dildoes? This bit of edification I learned from a footnote!

Xenophon tells how he was persuaded under false pretenses — despite consulting with Socrates — to accompany the Greeks on their expedition against Cyrus (the Younger).

There is no footnote to specify that this is Cyrus the Younger. But I have to admit I was confused at first because I have just read about Cyrus (the Great) in Herodotus. Xenophon's style is much different from that of Herodotus. Interesting . . .

On the day of his execution Socrates ironically speaks of the pleasure incurred by having his fetters removed. He is questioned about the poetry he wrote while in confinement, and he explains he composed it because of a recurring dream.

The Phaedo was the first dialogue I ever read when I was a teenager. I have a soft spot in my heart for Plato as a result.

Origins and early development of dramatic poetry and the relative merits of various meters.

A hymn to Demeter in which a sacrilege is punished. Why this is called a "hymn" is beyond my understanding. Much lyricism (if indeed there is any in the original Greek) is evidently lost in this prose translation.

Fascinating description of Masada and the construction of Herod's fortress palace on the heights thereof.

Caesar was apparently a mentor to Brutus who, according to Plutarch, may have been his own son. This gives new meaning to the words, "Et tu, Brute!"

*****
Lucian and Pausanias will finish off the Greek excerpts from this anthology.

>14 Poquette: It's a 'hymn' because this type of poem was traditionally written in praise of the god or goddess who was the subject of the tale within the poem.

>15 scaifea: Thanks for clarifying. Somehow I would have expected a hymn to be more of a paean or at least more poetic. But that may reflect my Sunday-go-to-meeting upbringing!

They just praised their gods differently - telling stories, even unflattering ones, was a form of praise.

As stated elsewhere, I went dormant in this group because I realized it was unlikely that I would be reading any Loeb books, although I have been reading up a storm in ancient Greek texts — just different editions. In 2014 I read:

I am currently reading Plato's Gorgias, with Symposium and Timaeus not far behind. Not a Loeb in sight. I am so sorry.

I have to make a go at Thucydides, some day soon.