I love this time of year - all of the Best of book lists - that always bring conversation and additions to the wish list.

So I'll start off this thread and hope that many in this group will add to it!

My books are listed in the order I read them.

I am currently reading Marrow Island, which has the potential to land on this list as well.

That's a great list. I loved H is for Hawk and Station Eleven too.

I'm interpreting favourite reads as the books I read in 2015, not necessarily published this year. The ten aren't in order.

Hark a Vagrant made me laugh out loud, with great jokes from this online cartoonist (including the Brontë’s unsuitable taste in men).

I read The Green Road despite having disliked a previous book, and was really glad I did. I loved the way she told the family's story, as the matriarch's children left home and travelled far from predicted paths.

A History of Seven Killings will be on lots of lists, and deservedly so I think. His use of voices across the gangs (and beyond) was engrossing, and as in the best novels I found myself not wanting to put the book down, to find out what would happen to the characters.

The author of Voices from Chernobyl won the Nobel Prize for literature this year, and I found her account of those left to deal with the fallout gripping and tragic, all the more so because she uses the victims' own words.

The Shore was a great piece of southern gothic, with dark humour running through the chapters that took us forward through the 20th century and beyond in one small community.

Before the Feast is translated by the amazing Anthea Bell and this is a wonderful book. Set in a German community, historic accounts of bizarre crimes and punishments (based on the author's research in rural archives) alternate with the stories of the unusual residents of a village that is shrinking as the young people head for the cities.

I loved Sleeping on Jupiter and was sad it didn't do better in the prize lists. Again, different characters, perspectives but this time in an imagined coastal community in India. I love her writing and will hope to read more in 2016.

In contrast, An Unnecessary Woman was one (fictional) woman's unique perspective. Translating from a small flat in Lebanon, full of references to books I wanted to read, Alammedine gradually unwrapped her complicated history, surviving her family and war.

On the Move was real lives. The author lived with young black men in an impoverished community in the US for years, using her experience as the basis for her academic research. The result is a heartbreaking insight into what it's like to try and stay straight when a fight in the playground when you're not even a teenager can get you sucked into the criminal justice system. At the same time, it shows how families are forced by the police to choose sides, and how an unofficial economy avoiding identity checks and formal addresses has developed to avoid the long, digitised arm of the state.

Finally Sarah Hall's The Wolf Border was a perfect novel for me. A charismatic central character who specialised in the management of wolves, reintroduced into the wild. Set in Cumbria, a landscape Hall evokes unsparingly, the book moves through an imagined Scottish independence referendum as wolves are brought back to roam the lakeland hills. It's just captivating.

That's my ten. But it might change again tomorrow...

A tough one for me but I have had some really splendid non-fiction reads this year.

1. The Winter King by Thomas Penn
2. Being Mortal by Atul Gawande
3. Ammonites and Leaping Fish by Penelope Lively
4. The Fatal Shore by Robert Hughes
5. The Lost Leader by Mick Imlah
6. Rain by Don Paterson
7. The Dead Sea Poems by Simon Armitage
8. Mister Pip by Lloyd Jones
9. The Dictator's Last Night by Yasmina Khadra
10. The Gingerbread House by Carin Gerhardsen

These are my Top 10 Books of 2015, barring any last minute changes:

Nonfiction:
The Iceberg by Marion Coutts (nonfiction book of the year)
My Age of Anxiety by Scott Stossel
Fear and Loathing in La Liga: Barcelona vs Real Madrid by Sid Lowe

What fun! Here is a list of my top reads in 2015 (includes both fiction and non-fiction reads):

Shadow Tag by Louise Erdrich
A Thousand Hills: Rwanda's Rebirth and the Man Who Dreamed It by Stephen Kinzer
The White Rhino Hotel by Bartle Bull
The Heart is a Lonely Hunter by Carson McCullers
Brideshead Revisited by Evelyn Waugh
Pelquin's Comet by Ian Whates
The Ghost Mountain Boys: Their Epic March and the Terrifying Battle for New Guinea by James Campbell
Something Wicked This Way Comes by Ray Bradbury
The Aspern Papers by Henry James
Amsterdam by Ian McEwan

These are the books that months later are still memorable reads for me.

My top 10 in no particular order:
Ghettoside
Fates and Furies
The Shore
The Turner House
God Help the Child
A God in Ruins
Make Your Home Among Strangers
Crooked Heart
The Woman I Kept to Myself
The Sleepwalker's Guide to Dancing

In no particular order, my favorites of 2015 are:

Untamed: The Wildest Woman in America and the Fight for Cumberland Island
All the Light We Cannot See
Brown Girl Dreaming
Canada
Animal, Vegetable, Miracle
H is for Hawk
Bayou Suzette
Doc
Sweet Land Stories
The Greater Journey: Americans in Paris (I'm listening to this on audio when driving, and am not quite finished, but it has been wonderful so far, and deserves to be on this list.)

4.5 stars
The Secret Diary of Lizzie Bennet by Bernie Su & Kate Rorick
Call the Midwife by Jennifer Worth (audiobook)
Five Quarters of the Orange by Joanne Harris
Julius Caesar by William Shakespeare (audiobook)
Brendan the Navigator by Jean Fritz; illustrated by Enrico Arno
Jesus Loves Me This I Know: The Remarkable Story Behind the World's Most Beloved Children's Song by Robert J. Morgan
Al Capone Does My Shirts by Gennifer Choldenko
The Trembling of a Leaf by W. Somerset Maugham
Murder in the Cathedral by T.S. Eliot (audiobook)
The Painted Veil by W. Somerset Maugham (audiobook)
Letters from Skye by Jessica Brockmole (audiobook)
Kindred by Octavia Butler (audiobook)
Wonderful Alexander and the Catwings by Ursula K. LeGuin; illustrated by S.D. Schindler
What the Dog Saw by Malcolm Gladwell (audiobook)
The Thousand Autumns of Jacob de Zoet by David Mitchell
Code Name Verity by Elizabeth Wein (audiobook)

I still have two or three more books to finish before the end of the year. Maybe I'll be able to add to my list. 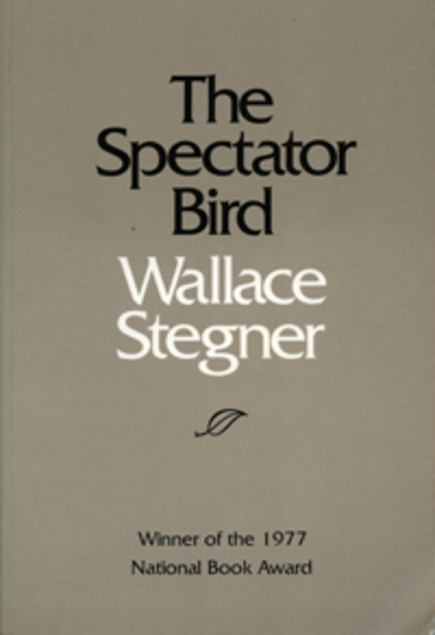 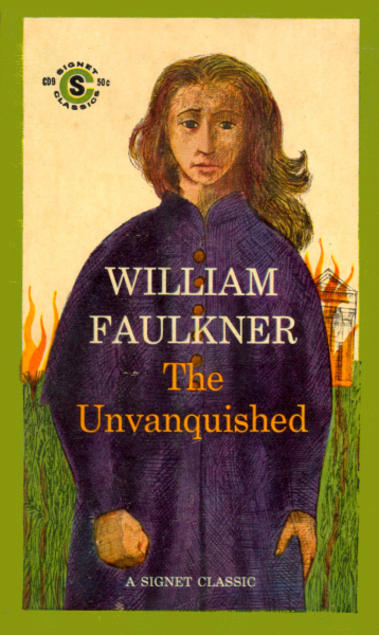 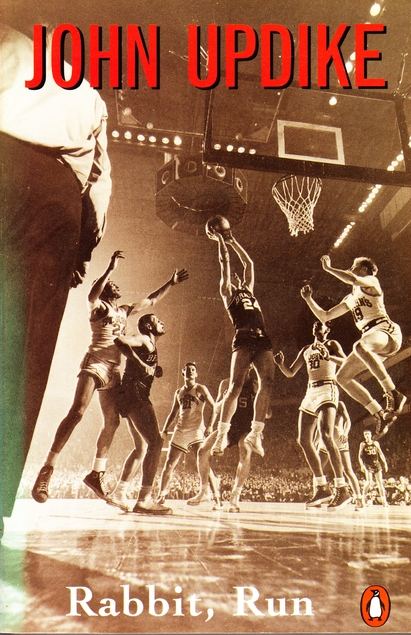 Munich Airport by Greg Baxter - a father and son, having passed through passport control at Munich airport, wait in liminal space for heavy weather to lift while transporting their dead daughter/sister back to the USA for burial.
Peace by Richard Bausch - existential doubt precipitated by a life and death struggle as three soldiers are tasked with a reconnaissance mission up a mountain during the Italian campaign in 1944.
The Story of the Lost Child by Elena Ferrante - the concluding novel in Ferrante’s Neapolitan series is every bit as riveting as those that preceded.
My Ántonia by Willa Cather - idyllic frontier days on the American prairie punctuated by hardship and violence, constant striving for betterment and remembrance of friendship.
Old Filth by Jane Gardam - the hard knocks of a long life of duty and effort delicately etched with affection and love and the longing for a lost childhood.

Wow. I am shocked. 11 of my favorite 15 books from 2015 are from either the BAC (9) or the ANZAC (2). Never expected this back in January when I embarked upon these challenges.

15. Consequences by Penelope Lively - BAC
14. The Hills at Home by Nancy Clark
13. A Rule Against Murder by Louise Penny
12. A Place of Greater Safety by Hilary Mantel - BAC
11. The Betrayal by Helen Dunmore - BAC
10. The Whalerider by Witi Ihimaera _ANZAC
9. The Little Stranger by Sarah Waters - BAC
8. Mrs. Dalloway by Virginia Woolf - BAC
7. The Fatal Shore by Robert Hughes - ANZAC
6. Children of the Light by Everett S. Allen
5. The Millstone by Margaret Drabble - BAC
4. Leviathan by Eric Jay Dolin
3. Mr. Wakefield's Crusade by Bernice Rubens - BAC
2. The Remains of the Day by Kazuo Ishiguro - BAC
1. The City & the City by China Mieville - BAC