THE DEEP ONES: "The Man in the Woods" by Shirley Jackson

THE DEEP ONES: "The Man in the Woods" by Shirley Jackson

"The Man in the Woods" by Shirley Jackson 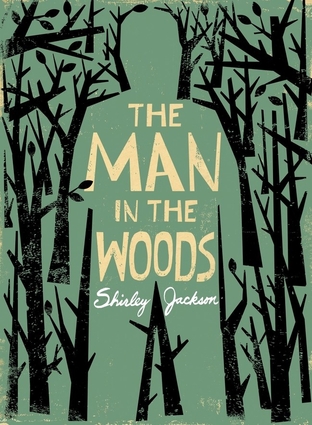 Dark Tales
Let Me Tell You: New Stories, Essays, and Other Writings

I was abashed to think Shirley Jackson published a story in 2014, apparently making that common mistake of believing a recognised personage was dead when, in fact, they're very much alive.

And then a quick review of the bio at shirleyjackson.org clarifies she died in 1965. Funny the NewYorker.com page doesn't comment at all.

Online for me, whether dead or alive.

Judging by her WP page, this is one of just a couple of posthumously published stories. No explanation given why they were finally published decades after her death.

I've just got the paperback of Let Me Tell You.

Most polite rex Nemorensis ever.

So what's up with Christopher's curious background? You'd think the story'd work just as well with him walking around for less strange and unexplained reasons. Are we to assume he was in some way preselected for meeting Mr Oakes?

And just what are Oakes, Cissy, and Phyllis? Just regular folks with a seriously unusual belief system, or is something supernatural going on? There's nothing overtly supernatural in the tale, but the woods, in particular, don't seem obviously natural either. And what records were Oakes not keeping very well?

I thought the story had a somewhat excessive question/answer ratio.

I liked that the name Grimalkin is apparently an honorary title. The first cat is beaten in a fight, and leaves. Then the dwellers have "a name and no cat", which they bestow upon the one who followed Christopher in. Ha! Fair is fair. Maybe the Weird Sisters' own Grimalkin in Macbeth held the crown first.

Jackson is great at intimating menace. Violence is always poised, but never quite strikes, although what happens next after the story ends is up to the reader to decide. There is quite a puzzle here. I'd guess that these are mythic beings or gods of the forest. Names seem to be important here, but maybe they are simply red herrings.

I'm a bit embarassed to admit that I immediately compared this story to the various tales in Angela Carter's Fireworks collection: embarassed not because the comparison doesn't fit, but I wonder if the main reason it occurred to me was that the authors were both women. In any event, I very much like the strong mythopoeic style, and the quiet menace. These stories do raise a lot of questions and don't answer them, at least not overtly, but Carter's tended to stand up to scrutiny and meanings were revealed with care and attention. I think Jackson's might do, as well.

>6 AndreasJ:
I have a lot of the same questions. My first reaction was to just sit with the story, realising that understood or not, I liked it. A lot. I note the title is a bit of punning, something I hadn't realised until I finished.

I'm reviewing various summaries of Diana's sacred grove, as suggested in >5 paradoxosalpha:. I wonder if Jackson's story could be read as an allegory using that myth as its framing structure, but I'm not sufficiently familiar with the details to identify the pieces yet.

Well, I guess Christopher's having run (well, walked) away from his studies could be a reference to the new priest being a runaway slave. Did Jackson have a poor opinion on higher education?

That's a good place to start: do you understand that Christopher ends up beating Mr Oakes in combat, or is sacrificed? It doesn't seem he is fit for such a battle, and yet Oakes himself makes various asides hinting that Christopher will assume the role of head of household.

I took it as deliberately unclear who prevails. Oakes is getting old, and seems unlikely to be too fearsome a knife-fighter either.

The asides, I imagine, were made in the spirit of "in case" - Oakes, presumably, isn't actively intending to get killed and replaced, but should he be he wants the place to be taken good care of in his absence.

I think this had to be a very conscious riff on the rex Nemorensis per The Golden Bough. The King of the Wood is succeeded by whoever kills him.

The episode with the cats is a parallel/foreshadowing of the contest between Christopher and Oakes, which is still to come at the end of the story.

She studied him carefully, as the other woman had done, and then turned her eyes to a bare whitewashed area, high on the kitchen wall, where lines and crosses indicated a rough measuring system. “Another day,” she said.

The implication is that these hatch-marks reckon the count of days that Oakes has held his office. Alternatively, they might represent the successions to that office. We know that Oakes has bested previous aspirants:

“One brought a dog,” he said to Aunt Cissy. “Do you remember the dog?”

And yet Oakes seems pretty sure that Christopher will triumph, orienting him to the records and the roses for his future custodial duties. Christopher's past as a "scholar" (merely a college student, he protests) fits him for the office better than Oakes, who says of the records, he has "never known how to use them, of course." ("Of course," because he was simply a slave or outlaw as in the Nemi account?) And finally, Phyllis tips off Christopher on the method to prevail: "He’ll be down by the river, ... Go far around and come up behind him."

What about the "feast" being prepared? Is there an intimation of cannibalism in "the trussed carcass of what seemed to Christopher to be a wild pig"? The previous "guest"?

It does bring to mind questions as to how transitions from one Rex to another transpired! Unless in myth it was alleged to be the same being all the while ....

I take Cissy and Phyllis to be dryads but have not yet come up with anything meaningful for their names. I don't think Circe was connected to Artemis / Diana except in a very tenuous connection via Hecate, so maybe it's simply a deisignation as a witch or nymph. I was not familiar at all with Phyllis, who becomes a nut tree upon her death.

I wondered initially about cannibalism and then forgot to pursue the idea when the story didn't return to the feast.

So this could simply be an effective retelling of the rex Nemorensis, without any allegorical or modern intimations about it. I'm not quite ready to conclude that, however.

ETA Of course broadly Jackson's story reflects the transition (cooptation?) from Paganism to Christianity, given the names Oakes and Christopher. So maybe that's all I need to "find" in terms of allegory or larger meaning.

Just like the cats, as paradoxosalpha notes. It's in the air. Does Christopher assume the name of "Mr. Oakes"?

I did wonder if they were preparing to eat the loser, but then the "the trussed carcass of what seemed to Christopher to be a wild pig" seemingly put the kybosh on that idea - and of course implying that it really was something else than a pig. It didn't occur to me that it might have been a previous challanger - but in that case, how often are we to assume one comes along? That road into the woods must have quite the reputation if it happens frequently!

It seems like Circe and Phyllis really run the show, and it may be their approbation that has Oakes thinking he's likely to lose. Diana is a goddess, after all, and the "handmaidens" evidently have a longer term of office than the king/priest. Circe may in fact predate the whole setup.

>17 AndreasJ: in that case, how often are we to assume one comes along?

Yeah, refrigeration doesn't seem to fit into the picture either.

>9 AndreasJ:
I think you're right. Given that this story must have been written sometime mid-20th century, it makes sense to me to think of Christopher as a runaway in the sense of being a dropout.

Let Me Tell You doesn't give dates of composition for the unpublished materials it collects together. The editors (two of Jackson's children) mention "The Man in the Woods" in their books's afterword, but they have no "insider knowledge" to bring to this discussion.

For what it's worth, I think that "what seems to be a wild pig" is a wild pig, but putting it in those ambiguous terms both ratchets up the tension and serves as another foreshadowing, after the fight between the two cats, of the contest/sacrifice that the story is leading up to (but which ends, as the editors note "with Shirley's typical hanging ending").

Well, I finally got around to reading this.

Everyone's covered my questions and noticed other things beside.

>14 elenchus: I particularly wondered if Cissy was meant to evoke Circe.

All in all, a bit too enigmatic for my tastes, but I like the >15 elenchus: idea of an allegorical transition from paganism to Christianity.

This needs a dust off and the online version is helpful in case it's not in my ebook collection.