I said a couple of days ago that I'd look in a couple of anthologies for good vampire stories. I can't remember what thread I said it in, though, but I do see that frahealee has had enough of vampires, for a while at least, after Dracula. But anyway.

I thought it would be easier to photograph the contents pages than to transcribe them. It wasn't exactly easy (or quick!).

The Penguin Book of Vampire Stories (1987) edited by Alan Ryan: 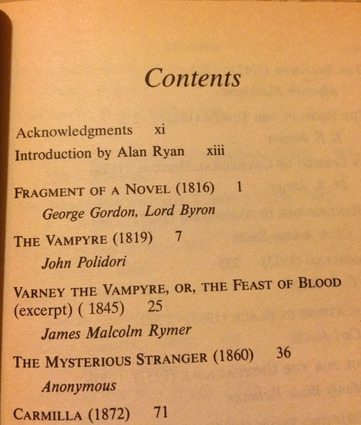 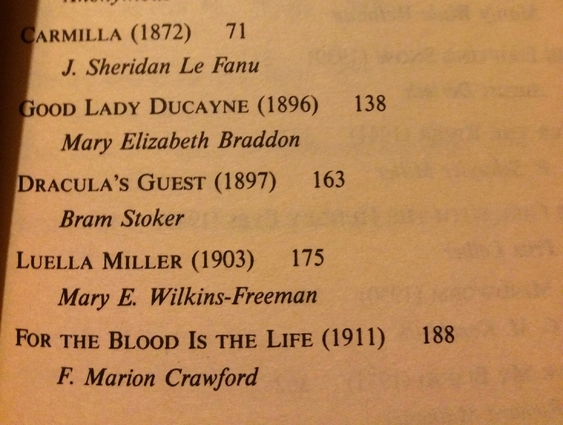 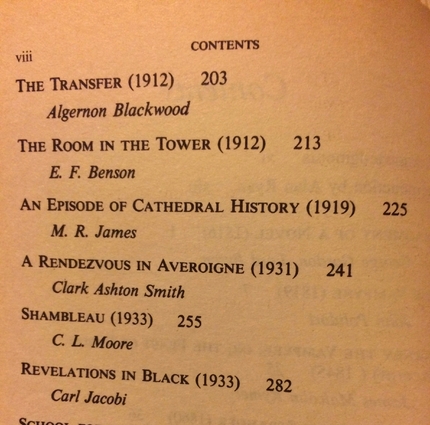 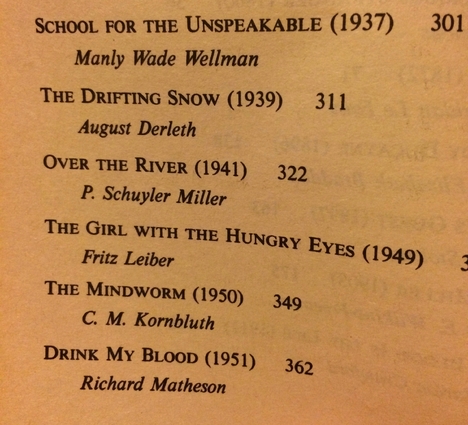 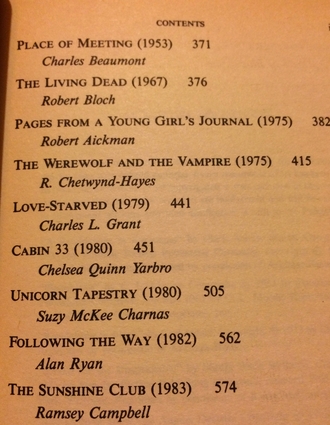 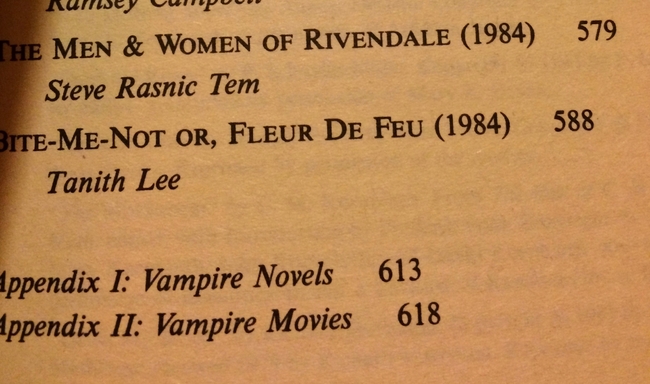 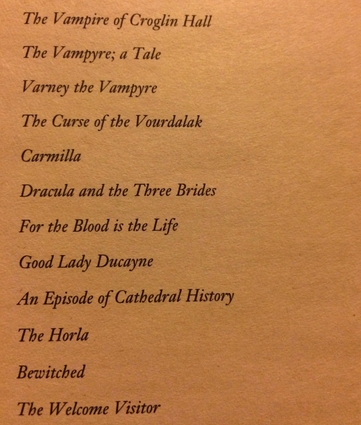 The Vampire of Croglin Hall is by Augustus Hare
There's only a short excerpt from "Varney", of course
The Curse of the Vourdalak is by Alexis Tolstoy (filmed by Mario Bava and featuring Boris Karloff)
"Dracula and the Three Brides" is an excerpt from the novel
The Horla is by Guy de Maupassant
Bewitched is by Edith Wharton
The Welcome Visitor...is by the editor, David Stuart Davies.

I had to go fetch my copy of Frankenstein to check, as it has a couple of these in the appendix. I remember reading Byron's "Fragment" back when I read the rest of the book, but Polidori's tale is here as well. I never did read that, but I know a play was made of it and it has quite the following. It's also credited as the birth of the "Ricean" vampire; the noble, foppish aristocratic figure that suspiciously resembles Byron himself. Apparently he wasn't too pleased with Polidori's adaptation of his attempt.

I wonder if that Matheson is the same Richard that wrote I Am Legend. I though that was an interesting take on the lone human against wtf story. The movie with Will Smith has only minor resemblance to it, so I would recommend people read the novella if they are at all interested.

Yes it's the same Matheson, he has quite a few vampire stories.

Speaking of which, another author known more for his sf but who wrote a very unusual vampire story (and more) was Theodore Sturgeon. "Some of your blood" is the title i think

Great stuff. The Mysterious Stranger that I read a few years back was written by Mark Twain and published in 1916 after his death but I took the character to be so might have to revisit. Likely not related at all. There's Robert Aickman again so he goes on the list for early next year. There is also a separate study thread for The Horla which I will get to eventually.

>1 housefulofpaper: Your original comment was in The Vampyre thread. Your efforts are my Hallowe'en treat, so thanks for going to all this time-consuming trouble!

Also, I finished The Empty House a few weeks ago, and one of the ten short stories contained and it really stuck with me. Very well done!

Blackwood's The Transfer is in my collection so I'll hit that one quickly before it gets overlooked. Clark Ashton Smith's story "Genius Loci" (1933) was inspired by Blackwood's story so I might hunt for that as well.

(yes, I just learned how to use the spoiler feature, thanks to the 'haunt' treasure hunt for Hallowe'en candy! and I got a free account upgrade out of it, to lifetime status)

Oh good, here it is! This is very helpful sorting out which story is written by which author, which is older vs. newer, which is shorter vs. longer, etc.

Oh right, The Horla is still hovering... as is The Transfer.

Aickman has been (self-)assigned for summer.

I should star this thread.

I've started going over my old writing and am considering resurrecting my old vampire. Research time! Starting with Polidori if it's short enough. Then, I can say I've read my entire Frankenstein copy with all ends notes, introductions, and appendices!

I agree that the original story outshines all the movie adaptations.

I found I got a lot from Aickman's Pages from a Young Girl's Journal having read Polidori's Vampyre first.

By the way, I just love Aickman's stories. Just saying.

>8 pgmcc: There's one up for a vote in The Weird Tradition short story discussion group, and I voted 'yes' =D (The Coffin House)