If your from New England then chances are good that you support the local teams. Unless you are one of those weird changeling children who like the Yankees despite being born and raised deep in the heart of Red Sox Nation.

Anywho, come one come all to dicuss the ups and downs of the New England Patriots*, the Boston Red Sox, the Boston Celtics and the New England Revolution. Not to mention all the great little local teams like the Pawtucket Red Sox (called Paw Sox when I was small) or the Brockton Rox. Because here in New England big or small....we love them all. =)

It would have been impossible to name all the teams. There has also been talk of reviving the Prov Grays since my dad was a kid. I don't see it happening.

I just got back from the Metrodome and saw the Twins beat the Orioles. I was thinking about all those ex-New Britain Rock Cats, all night long. I think the Rock Cats souvenir stand has more Twins stuff than the Metrodome does. I'm looking forward to heading out to that imaculate New Britain stadium, soon.

I just joined the group. I am in NH.

I don't care for any sports except football. I am a big NEP fan. They are about to start the season today, and I hope they do better than in the pre-season.
It will be depressing if they are bad or even just ordinary.

You mean the real football Soccer.I have recently become a Revolution Fan.

Speaking of the Pats...

Poor Tom Brady!! Lets hope that this whole thing is another ankle brace thing of last season and that he's not really out for the season. Although thankfully the Pats have an easy schedule so all might not be lost if Cassell has to take the helm.

Looking forward to wednesday when the DL list is published...will he be on it or won't he...or if he is that its only a sprain...or something other than a torn ACL. because you know Belichick won't be saying anything official until then.

Um...BB had a presser today and said Brady is done for the season. Has to have surgery, will be on IR.

Damn...hadn't heard that yet. Got home checked LT...then did stuff around the house and haven't checked any of the news wires.

Well, ain't this just a p*sser. Hopefully Cassel is able to step up to the plate. =) 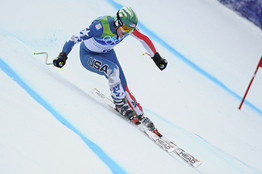 He's the tall one in the middle.

Have I missed any other New Englanders who have received a medal?

Obviously, I'm not keeping up! (I did download the Olympics iphone app, though).