THE DEEP ONES: "Celephaïs" by H.P. Lovecraft

THE DEEP ONES: "Celephaïs" by H.P. Lovecraft

First published in the May, 1922 issue of The Rainbow. 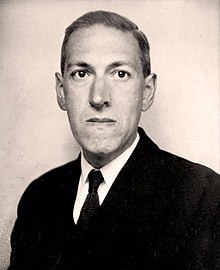 The Call of Cthulhu and Other Weird Stories
H. P. Lovecraft: Masters of the Weird Tale
Dagon and Other Macabre Tales
The Dream-Quest of Unknown Kadath

Will read from my copy of Dagon and Other Macabre Tales.

This is one of those Lovecraft stories I hadn't re-read since discovering him a decade-and-a-half ago. For no good reason; I like it.

Lovecraft's unhappiness with the modern world (well, then-modern!) is more clear here than in any other of his stories.

>3 AndreasJ:
I'm with you, except that it's over thirty years for me! There was a lot of the sentiment of "The Silver Key" here.

Although I generally identify HPL's Dreamlands stories with a very direct filiation from Lord Dunsany, this one really had the flavor of Kenneth Morris to me.

I noticed that the Innsmouth of the story is certainly in England, and not Grandpa's later "Innsmouth, Massachusetts."

I thought of "The Silver Key" as well. With its elegiac mood this story felt rather like a dry run for "The Silver Key", in the same way that "The Call of Cthulhu" is a re-work of themes from "Dagon". I picked up on the Dunsany influence too, specifically the set up is rather like "Idle Days on the Yann" and its sequels.

The protagonist feels like a fictional melding of Dunsany and Lovecraft himself, imagined as a dispossessed English aristocrat.

This Innsmouth is somewhere on the Sussex coast I think, if the route is from London through Surrey (if it's a direct route).

The ending is both appropriate and a little too neat, too pat. Too easy to pencil in the one word "irony" next to that last paragraph.

One imagines that Innsmouth, Mass. is, as so many American towns, named for a British one.

I may have mentioned it in the DQoUK thread, but there's a discrepancy between how it's here said that Kuranes rules in Celephaïs and Serrannian happily forever, and his portrayal in the former, where he's consumed by homesickness for England.

It had also been a long time since I had read this too, and I wasn't looking forward to it given that I'm not a big Dreamland fan.

I was charmed this time. We have a figure like Lovecraft, the last of his line in worsening economic straits. I liked how the narrator's motions were described when he enters the Dreamlands, a slow descent to ground -- very much like a dream, of course. I even liked the sky galleys this time.

To Lovecraft time was the enemy, and we see that in the village near the narrator's home regressing in time back to the day's of Chaucer.

A very gentle tale for HPL. Although I like the Dream Cycle, this one seemed like a too-verbose Dunsany to me, even at its already short length. And I usually enjoy Grandpa's verbosity!

I contradict myself, but I agree with both >7 RandyStafford: and >8 KentonSem:. It was charming, the Dunsany pastiche was immediately obvious from both tone and word choice and plot, such as it is. And while I enjoyed it, I reflected Dunsany would have made much the same tale in about a quarter of the column inches.

Liked the allusion to the Yellow Mask, it didn't disrupt the Dreamlands feel despite it being a more malevolent take on dreaming. The ending was a bit off-tone, though: as though hinting about another story, far less charming.

In my head, I pronounced it Kella-FAY-us, but Wikipedia has something more like Sella-FACE. Is that a Wiki editor's preference, or is there some reason to believe Wikipedia has it the way HPL intended?

Wiki's version brings to mind an accident with sellotape, which spoils the tone of the story, frankly.

Lovecraft was enough of a classicist that I think we can take for granted that the diaeresis means he intended four syllables. My pronunciation is approximately sell-uh-FAH-ees.

WP doesn't have a reference for their pronunciation; I would suspect it to be one of the ones popularized by Chaosium, which often seem unlikely (exhibit 1A: "Nyarlathotep" pronounced with 'th' as in thing, rather than Nyarlat-hotep, with hotep as in Imhotep, Amenhotep, and many other ancient Egyptian names).

Right on. Chaosium makes some great games, but their pronunciation guides are as flawed as their Derlethian "elder sign." I'm with you on the diaeresis, and the Crawling Chaos should be pronounced NIGH-are-lat-HO-tep (with the "Jeremy Taylor" meter).

>11 AndreasJ: WP doesn't have a reference for their pronunciation

I found this and came up with the Sella-FACE interpretation.

You both go with the soft "c" which I always waver on, so consider me sold.

Strictly speaking, WP's phonetic version says SELL-uh-face with stress on the initial syllable, but what I meant what that they don't have a citation for it being intended by Lovecraft.

Does the name occur in Lovecraft's poetry, so you can tell the syllable count from the meter, and/or the quality of the last vowel or two from the rhyme?