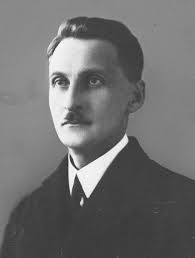 This Google Books copy seems to be complete: http://tinyurl.com/y88mym3t

The Weird: A Compendium of Strange and Dark Stories
100 Creepy Little Creatures

A fairly standard monster tale is elevated by the early 20th century Polish locale and the rather novel idea of chimney sweep protagonists. The brewery seems to have a catacomb of a chimney!

I was amused by the beastie being a kind of frog-monkey hybrid, because only an hour or so before reading this tale, my daughter and I were looking at a web site called Switch Zoo, which features an interactive section where you can mix-and-match animals to come up with some pretty strange combinations.

Unless I missed it, the origin of the name The White Wyrak isnt explained. Is it a creature from Polish folklore?

I was sort of expecting it to be something to do with Swedish virak "incense", but but Wikipedia tells me that wyrak is Polish for tarsier. So now I wonder why the story isn't called "The White Tarsier" in English.

Funny it should follow (in Deep Ones discussion chronology) a story with the variant title "The White Ape"!

The story is rather straightforward as you say, but I liked the way it's told. And it's refreshing that for a change the working-class types get to solve the problem for themselves without the help of some upper-class bachelor, as is de rigueur in weird stories of this vintage.

Oh, and I might add that the Swedish word for "tarsier", spökdjur, means literally "ghost animal", so Grabiński evidently is not alone in thinking them sinister.

I liked the voice this is told in with a simple delivery.

The idea that some sort of magical property exists in soot and that, if you let it sit long enough, it spontaneously generates a monster. And that evil can infect you though no lasting harm is done the narrator and Kalina after their skin eruptions go away.

I also liked how Valina seemed to suspect what was up early on.

I had to look up what "wyrak" meant too. The description matches a tarsier except for the nose and size and all white coloring.

I didn't know what a tarsier was, so >3 AndreasJ: was a help in visualising the wreak. They're alarming-looking creatures.

As I started reading the story I wasn't sure if it was going to be a folkloric type of tale (how modern are chimneysweeps) or a modern, urban story. Now the story's nearly a century old I hope I can be forgiven that slight confusion. I did start to remember Grabiński's reputation for writing about the modern - stories about trains etc. (although trains are hardly new in 1922...not in Western Europe. I don't know the history for Grabiński's part of the world(Poland then, Ukraine now)).

..I did pick up on the foreshadowing of some of Fritz Leiber's ideas before reading the Weird Fiction Review piece linked in >1 KentonSem:.

The mention of Grabiński's ill-health (tuberculosis) in that article made me wonder if that was a source of these ideas of a kind of malevolent force or spirit apparently spontaneously generated, or at least the cause unknown, as much as an interest in the occult or the philospohy of Henri Bergson?

>3 AndreasJ: it's refreshing that for a change the working-class types get to solve the problem - because it's not written for the class-ridden English market (a class system, as my French friend observed, that doesn't even really have a proper bourgeoisie. But this isn't the place for her keen observations on how badly we run things!)

In the 19C century, the area was part of Austria, and rail networks were built out not very much later than in Western Europe. But I think trains may count as "new" even today compared to the medievalish settings typical of folktales.

>5 housefulofpaper: The Weird Fiction Review review article was actually pretty informative on this story and other Grabinski works.

>6 AndreasJ:
Yes, but within the Austro-Hungarian Empire. Grabinski apparently lived not very far from Bruno Schulz whose work certainly gives the reader the sense of living in a province (perhaps not technically the right word) far from the heart of things. The very opposite of where the action is. And since my French friend has pointed out how completely British society is alienated from its cultural roots (in a way even Western Europe isn't) I'm far less sure about how to interpret stories from this part of the world. It was behind the Iron Curtain when I was growing up. Before that - two devastating wars and the turmoil of the inter-war years; but before that an empire that seems almost as distant and unknown as the Byzantine Empire.

There's an awful lot of affection for and sentimentalising over steam locomotives in the UK - little local services, not the glamour of the Orient Express and suchlike. It's because they're thought of as "old", now. Is this solely a UK thing?

FWIW, in Sweden there's a few steam locomotives kept running for the benefit of tourists, but most of the old narrow-gauge railways were dismantled long ago.

I'd think most people operate a hierarchy of "old" - a steam locomotive is "old" compared to a modern electric one, but "new" compared to a horse cart.

My interest in older history forbids me from thinking of the Austro-Hungarian Empire as particularly old or exotic. I mean, it was formed (out of the old Habsburg Empire) only in 1867! Given how I tag my books, that's evidently "late modern".

(I don't actually use a "late modern" tag, but the "early modern" one covers roughly 1500-1800, more recent history being tagged by century.)

>4 RandyStafford: The idea that some sort of magical property exists in soot and that, if you let it sit long enough, it spontaneously generates a monster. And that evil can infect you though no lasting harm is done the narrator and Kalina after their skin eruptions go away.

I was immediately reminded of Hayao Miyazaki's "soot sprites" as featured in both Spirited Away and My Neighbor Totoro, though Miyazaki's folklore origins are more mischievous than malevolent.

I inferred Grabiński's mention of the skin eruptions meant that there might be lasting effects, after all. Perhaps Kalina and the narrator would transform, lycanthrope-like, into wyraks? Admittedly that doesn't quite follow from what we're told before, but it was an odd note on which to end the tale.

I liked the story but it provided much less atmosphere than I anticipated. The overriding impression was of the "matter of fact" approach to monster hunting, very modern in that respect. (I also liked that the protagonists were not aristocratic nor even bourgeoise.)

He tried his hand at novels and dramas, but they lacked the tautness and economy that made his short fiction catch fire and were too dependent on obscure occult iconography and terminology.

Well, that sounds intriguing enough to me for a read, especially if linked to his alleged mysticism and global traditions including Christianity, and his interest in self-exploration / introspection. But I'd be equally interested in other short stories.