THE DEEP ONES: "Children of the Night" by Robert E. Howard

THE DEEP ONES: "Children of the Night" by Robert E. Howard

"Children of the Night" by Robert E. Howard 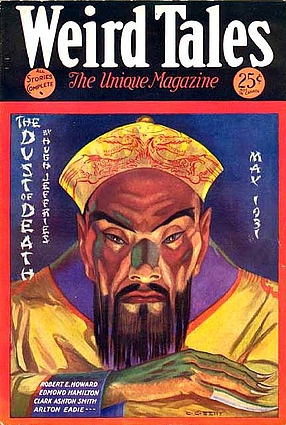 I have this story in four different REH editions. Think I'll be reading from Pigeons from Hell - I've always really liked those Zebra paperbacks with the Jeff Jones covers. 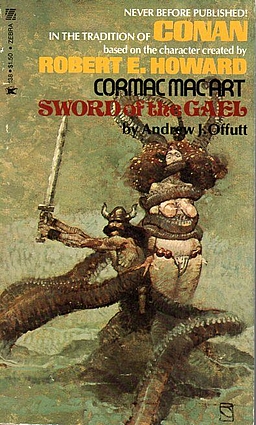 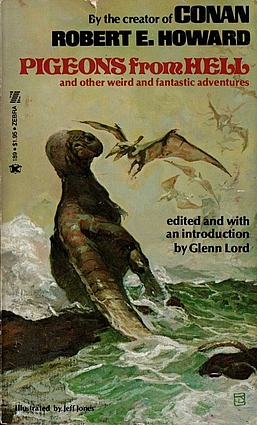 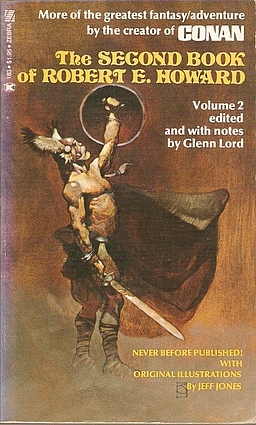 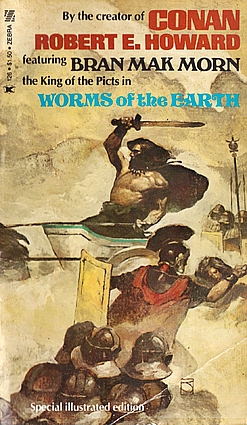 Huh. I didn't know that Offutt had written a Cormac Mac Art pastische also. His Conan stories are ... distinctive.

I'll be reading this out of The People of the Dark.

And for me, The Horror Stories of Robert E Howard.

I'm pretty sure that this song was used in that REH movie bio during the scenes where he was courting Novalyne Price.

It would be anachronistic, but I wouldn't object.

I found the narrator's pontification on racial matters a little too much to enjoy the story. A shame, because it could be a pretty good one otherwise.

I also found myself wondering how a mallet could be unbalanced to such a degree.

I was going to read this one out of The Horror Stories of Robert E. Howard for the rigorously rectified text, but I went for Nameless Cults in order to review the notes from Perfesser Price. I was glad I did, because he provided a credible solution of the perplexing quasi-citation of "according to Machen," showing how it was taken out of context and misconstrued. Despite Price's comparisons (to "Polaris," "The Shadow Over Innsmouth," and "Pickman's Model"), I though this story owed far more to Machen than it did to Lovecraft. It was like a cross between Machen's "Shining Pyramid" and our recent read of Chambers' "The Demoiselle d'Ys'--with all that intellectualized racism ladled on top as sauce.

I do think "The Shadow Over Innsmouth" comparison is a valuable one: the transformation of the narrator into the monster. I found Olmstead's monstrous form and final ravings to be somewhat sympathetic, though, as I think many readers have--whereas O'Donnel is irredeemably creepy at the end.

I thought this was a pretty wild tale. REH jumps from the traditional ghost story launching point of a group of fellows gathered in a study right into a frenetic bunch of "but-of-course" phrenological and racial talking points, weird fiction name-dropping, forbidden texts, and mental time-travel (or racial memory, perhaps), featuring an extended gory battle sequence with the atavistic, reptilian Children. And a sideways cameo by Bran Mak Morn. I can just picture REH grinning ear-to-ear, hunched over his typewriter and going a mile-a-minute.

Usually I'll put up a post about the weekly story over at my blog before commenting here -- sort of a way to get my thoughts in order.

So here's an edited version of some of my comments.

The transition back and forth in time, the seeming recovery of racial memories, is handled too abruptly to make this an effective story. There are better uses of the concept of prehistoric tribes surviving into modern England such as Arthur Machen’s “The White People” and “The Shining Pyramid” and John Buchan’s “No-Man’s Land”. (And, I'd add, David Drake's ".220 Swift" for an American take on the theme.)

There are other points of interest though.

Speculations about a prehistoric cult surviving into modern times are tied into a general anthropological discussion of the groups that settled Europe, and we get old physical anthropology terms like “brachycephalicism” and “dolichocephalic”. Franz Boas even gets a mention. (Howard calls him “Boaz”, but the details, including a study of the skulls of immigrants to America, match Boas’ career.)

Those familiar with Boas and his disciples Margaret Mead and Ruth Benedict may be surprised to have him involved with “genetic determinism” and not the nonsensical blank slate perspective of his followers. However, as anthropologist Peter Frost has noted, Boas was not interested in “environmental determinism” but in striking a balance between nature and nurture. So Howard’s depiction of Boas work is not an incongruous as it might seem.

Of course, science has overturned the idea of a distinct Pict people in Britian. Brian Sykes’ genetic survey of the British Isles shows no such genetically distinct group existed.

But, as geneticist Greg Cochran has pointed out, Howard’s version of prehistory turned out to be a lot more realistic than the “pots-not-people” scholarly fantasies of most of this century’s anthropologists and historians.

And the story also gives Howard another chance to extol the barbarian virtues over civilization.

> And the story also gives Howard another chance to extol the barbarian virtues over civilization.

Yes, I thought this version of that Howard refrain was interesting, in that while the Conan and Kull illustrations present a generic human value in barbaric resilience, O'Donnel particularizes it to an inherited Aryan need for mobility and conquest.

Not only a need for mobility and conquest but a celebration of inter-group conflict. For Howard, Aryans are best because they fight with each other. This rather reminds me of William McNeill's The Pursuit of Power theory that Europe came to dominate the world because geography made a unified Europe hard to achieve and led to an arms race among European groups as they struggled for dominance.

I recently read two books relevant to Indo-European origins, Drews' Militarism and the Indo-Europeanizing of Europe and Kaliff's Källan på botten av tidens brunn, where the former is more on the "pots" end while the latter is firmly on the "people" end. (Probably not coincidentally, the former largely ignores the genetic evidence.)

Funnily enough, though, I suspect that REH might have found the former the more congenial one, because where Kaliff is largely uninterested in how warlike or peaceful the migrations were, Drews' solution to how the IE languages could spread in the absense of large-scale migration is that they were brought by demographically inconsequential but culturally dominant conquering elites from the East, armed with superior weapons and a warrior ethos unknown to the locals. 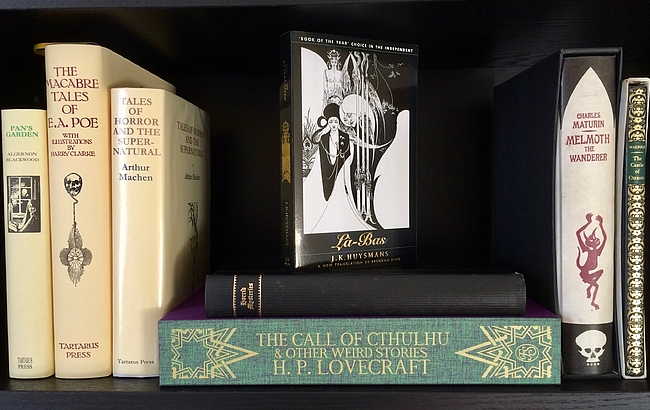 I found the opening set in the library the most enjoyable part of this story. A bop on the head sending a character back through time or to a previous incarnation was already old hat when Howard wrote this, wasn't it? And I found the whole racial element very unpleasant. There was some further background on REH and HPL's views on the Voluminous podcast from the H P Lovecraft Hstorical Society, where they read and discuss selected HPL letters.

I thought of Nigel Kneale's Quatermass and the Pit as a comparison - in that story (teleplay, originally) modern man's aggressive, tribal violent urges is an alien inheritance from a dead race of martians who messed with human evolution five million years ago, and in the post-nuclear age that inheritance is not a survival trait but is likely to lead to armageddon.