THE DEEP ONES: "The Tree on the Hill" by Duane W. Rimel and H.P. Lovecraft

THE DEEP ONES: "The Tree on the Hill" by Duane W. Rimel and H.P. Lovecraft

Written on 1934. First published in the September 1940 issue of Polaris. 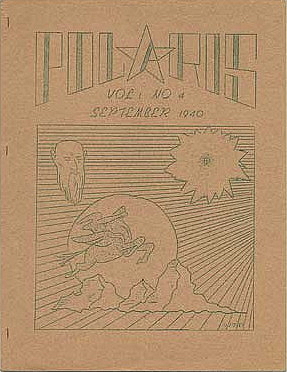 The Horror in the Museum
The Loved Dead and Other Revisions
H.P. Lovecraft: The Complete Fiction Omnibus: Collaborations & Ghostwritings

I had read this before, but remembered basically nothing beyond the basic idea of the tree being the manifestation of some Outside entity.

That the discoverer of the tree should just happen to be friends with, to borrow paradoxosalpha's phrase from another thread, a metaphysical repairman who knows what to do about the thing, and has access to the conveniently rediscovered Gem, seemed a little too much to me. Also, it's cheating that we don't get to hear Theunis' description of what he saw!

I did like the imagery in the narrator's visions, though.

Acc'd Joshi's notes in The Horror in the Museum, Lovecraft is guilty of the final section plus the excerpt from the Chronicle of Nath - Rimel for the rest and, I assume, the basic idea.

I had read this before and didn't care for it too much. And I still don't. The last bit with the giant hand was too much and reminiscent of Lovecraft's somewhat better "The Shunned House".

However, this time I was amused by the prefiguring of a key bit of UFO mythology: missing time with the narrator's stopped watch and amnesia.

This story, also, was enjoyable to me, due to minimal HPL analysis. It was instead filtered through a prism of FernGully: The Last Rainforest (1992), with Tim Curry voicing Hexxus, caught in a tree well hidden until loggers expose its evil, literally, by cutting it down in the process of raping the virginal land. The contrast of landscape in the aftermath makes my marrow weep. Couldn't help but transport myself to the Garden of Eden as comparison. I fell upon the story accidentally and the imagery has stuck with me, which infers good writing, inexplicable elements and all. Interesting to see viewpoints of those who know Lovecraft well.

I had read this, but remembered absolutely nothing about it. I did enjoy it, but I had set my expectations fairly low. It's funny that the collaborations and first generation of Cthulhu mythos writers don't really read like HPL, but do seem to have a common voice. From somewhere (maybe Marvel's REH adaptations being incorporated into the wider Marvel universe) I got an impression of what "Lovecraftian" meant, before I read any HPL stories, and it's these Mythos stories minus HPL himself that I thought was "Lovecraftian".

Anyway, turning to this story in particular, I did pick up on all sorts of echoes of other stories. The missing time motif, of course, is a feature of being taken to fearie land as well as of Ufology (I understand that there's a line of thought in Ufology that has moved away from a scientific theory of UFOs and considers that they might be a new manifestation of supernatural phenomena).

So we have a couple of bachelors, at least one of whom is an occult detective on the side, the other to get the plot going, yet another grimoire that just happens to be at hand, an ancient artifact, also relatively easy of access, catastrophe narrowly averted, and a version of the giant hand or limb ("The Shunned House" but also "Dago"n and "Under the Pyramids", maybe more).

The mention of Croydon is a bit of a jolt, inevitably it makes me think of the notoriously unglamorous London suburb.

I too was put off balance by "Croydon".

>7 RandyStafford:
I think Wilum Pugmire used the name in one of his stories, and I assumed it was the British one. It sent me on an internet search for any possible weird or occult happenings in or connections to the town (officially it's still a town, but in reality has been absorbed into the London conurbation). I found nothing.