THE DEEP ONES: "Mrs Midnight" by Reggie Oliver

THE DEEP ONES: "Mrs Midnight" by Reggie Oliver

First published in The Fifth Black Book of Horror (2011). 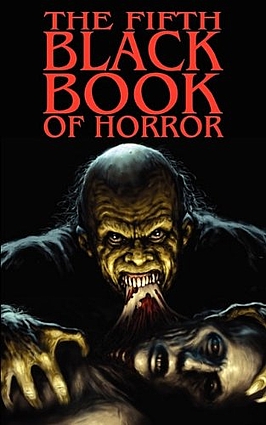 The Best Horror of the Year: Volume Two
Mrs Midnight and Other Stories
Ghosts: Recent Hauntings

ISFDB doesn't list it, but Tartarus Press have a reasonably-priced e-book of Mrs Midnight and Other Stories.

>2 AndreasJ: And that's where I'll be reading it from.

I'll revisit my copy of Mrs Midnight and Other Stories.

I go back to my copy of Mrs Midnight and Other Stories.

I've read this a number of times, and each time I find it amusing with unexpected stabs of horror. The general tenor derives from my annoyance with the narrator (intentional I think) and the amusement from some of the language and character interactions. Together they set me up for the sudden appearance of the horrific: never terror, it doesn't get that intense. The primate biting off the head of the show dog is the first example.

The seemingly random references to the "bag lady" are a good device, too. Not exactly a red herring, but Mrs Midnight is never the source of the horror (until her last delivered line).

A good addition to the Ripper legacy, I thought. Usually bringing in Jack the Ripper is lazy storytelling, but I found here it actually bolstered Oliver's story and the Ripper myths, both.

I'm pretty sure the narrator is intentionally annoying, yes. I found him less grating this time round than the first, though.

Agreed about bringing Jack the Ripper usually being a bad move, and this being an exception.

Rereading this, I thought I noticed the occasional wobble in the first-person narrative voice. Danny Sheen is clearly clever and observant (the suspenseful failure to recognise the repeatedly glimpsed "bag lady/gypsy" as the same person aside). Once or twice I thought his language dropped to a parodic "EastEnders" mode of speech. And following on from that I wondered if the occasional witty comment ("Since I stopped working for the tabloids I've tried to avoid clichés like the plague.") was meant to be unwitting on Danny's part. I never doubted the psychology or character revealed though.

The Ripper element is a red herring, surely? Or at most the "MacGuffin", to borrow Hitchcock's phrase, that drives the story. Not something to be pursued here, but the historical and psychological moment that triggers the calamitous "riot" in the theatre in 1888.

I know I can take things as face value when the text can allow for some ambiguity (and the author would no doubt like that ambiguity to be allowed to stand and appreciated!) but I am leaning towards Mrs Midnight/Dr Graham not being a ghost but a kind of Phantom of the Opera (or Music Hall), extending his life with a diet of cat brains. So zoophagy must work...

I think that's right, though Graham remains a stupefying talent in knowing how to find his quarry, and then eluding him by traversing rickety stairs and rotten stage boards. A spry 150-year-old!

I think the MacGuffin term is the right one: Graham is the force behind this particular story, and is linked to Ripperology (even if not established or claimed to be the Ripper himself). But also true red herring in that the Whitechapel murders are secondary to this story. I did wonder if the letter to the papers, which can be interpreted as Graham speaking of zoophagy, was Oliver's invention or taken from history.

I'm afraid I'm not well-versed enough in Ripperology to know. I did see the original of the "Dear Bill" letter in the British Library's Gothic Exhibition back in 2014. It was genuinely creepy, even if probably a fake.

One aspect of the story that was taken from real life: Frank Matcham really was an architect who almost exclusively built theatres.

A classic question applies to this story: just what are the circumstances which allow Danny Sheen to narrate this tale for the reader, given what we learn on the last page? His narrative voice seems completely wrong for anyone who's come under the control of Graham.

I did, however, like the nod to Graham near the end, when Sheen confesses his final show was, indeed, live and not taped.

I have a half formed theory about Mrs Midnight.

I think she is a physical being and, yes, zoophagy works. >8 housefulofpaper: I agree there is a rather Phantom of the Opera to her character.

But I don't think she's a real physical presence at the end. I think the figure that crouches at the end of the Danny's bed is a manifestation of his own insecurity.

Preceding his first sighting of Mrs. Midnight, he hears a heckling voice from his comedic past, and throughout the story Danny seems an insecure character. He's obviously insecure with Jill. He mentions his greater age and his two past marriages. He grudgingly admits Crispin is not bad looking though he also tells us he won't age as well as Danny has. He reassures us he's well read (which he seems to be). He does not credit Beaseley when he puts out his Ripper story. At the end of the story, he again hears the heckling voices saying he's a "boring bogger".

There's also the physical mechanics of that end scene. How did Mrs. Graham get in the hospital? Does anyone notice she's there?

Perhaps we are to see Danny and Graham/Mrs Midnight as similar, linked in their showbiz profession with acts past their sell-by dates. Mrs Midnight seems to be -- at least in Danny's mind -- recruiting him. Also, neither seems to have much in the way of friends. Obviously, hard for a 100+ murdering maniac, but, at story's end, Danny's relationship with Jill is, at best, ambiguous. It certainly doesn't seem they will become lovers. Danny has children but we only get one mention of them and his ex-wives.

An unanswered question in my theory would be why Mrs Midnight is so interested in Danny? Does she seem him as the instigator in ruining his home in the Old Essex? A possible danger to revealing his identity? That certainly explain's Beaseley's murder?

>11 elenchus: Yes, Mrs Midnight seems to be recruiting Danny. However, that may not mean anything more than Graham's missionary impulse in regard to zoophagy. It may not mean there is a deeper link the two men have.

Generally, I have the same take. Despite my previous questions, I don't think there's too specific an answer to just how Danny is telling us this tale, nor his link to Mrs Midnight. It's enough to see that he's headed down the same path, and the parallels in their self-regard as well as their perceived unjust treatment at the hands of others is enough to suggest Danny will pursue zoophagy himself. That's gruesome enough, even without understanding clearly the links (if any) to Jack the Ripper!