THE DEEP ONES: "Le Pied de momie" by Theophile Gautier

THE DEEP ONES: "Le Pied de momie" by Theophile Gautier 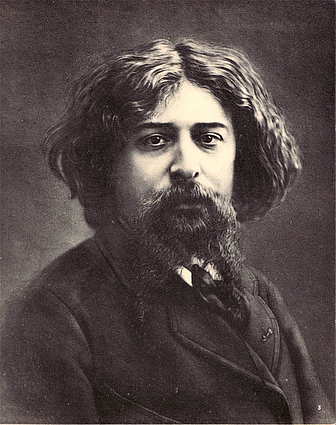 H. P. Lovecraft's Book of Horror
Clarimonde and Other Stories
Mummy!: A Chrestomathy of Crypt-ology
Adventure Stories for Girls

I have this in Mummy!: A Chrestomathy of Crypt-ology .

Clarimonde and other stories for me.

I originally read the Swedish translation in Den döda älskarinnan, but this time I'll read the online English translation so as to be closer to the same page as the rest of you.

(If someone, unlike me, has the French up to it, the original is online here.)

H. P. Lovecraft's Book of Horror for me.

The conceit of an apparently visionary experience which is proved somehow real by some material memento is hoary enough now, tho I have no idea how original it may have seemed in 1840.

Otherwise I thought the story quite charming. In Hearn's translation, the pharaoh comes across as less threatening than in the Swedish one I'd read before - I wonder which version is more faithful to the tone of the original?

The striped breastplate of a damascened suit of Milanese armour glittered in one corner; loves and nymphs of porcelain, Chinese grotesques, vases of céladon and crackleware, Saxon and old Sèvres cups encumbered the shelves and nooks of the apartment.

I enjoyed the vividly described visit to a curio shop filled with such nicely varied esoterica. Sounds kind of upscale, although it isn't above having the mummified foot of an Egyptian princess available. There is no doubt a cabinet filled with forbidden tomes in there somewhere.

I also liked the transition from the bizarre-yet-eerie comedy of the disembodied dancing foot to the phantasmagorical scene of Princess Hermonthis taking the narrator to visit the "the kings of the subterranean races". A hint of awe is inspired by the presence of these beings, even as the pharoah wryly turns down the mortal's bid for his daughter's hand.

The bit at the end with the tiny green figure left behind as a memento, though a cliche by now, is actually a sweet little coda that still worked for me.

I don't think selling a mummy's foot was considered particularly gauche in 1840.

Gauthier may, BTW, have been a little lazy when he named his princess; Hermonthis is the Greek name of the town of Armant near Thebes.

I read Poe's "Some Words with a Mummy" just after finishing this one. Smart ass named his ancient Egyptian "Allamistakeo"! Still, that tale has its moments - will probably nominate it next time.

>10 AndreasJ: Gauthier may, BTW, have been a little lazy

I certainly don't know anything more of Hermonthis, but wonder if the daughter were not named in honour of the town and its sacred deity, Mont. Interestingly, the name is "Hermonthis" in the original French (per the above linked story). Is this perhaps similar to a Frenchman calling an American Michel instead of Michael? Except, of course, that in the story our narrator understands Coptic, and the Pharaoh himself calls his daughter "Hermonthis" and not whatever the ancient name would be.

It's interesting, because even in translation I looked up a score of terms from this story, and each seemed apt and historically accurate: Tubal Cain, Amenthi (aka Duat), tatbebs, bayadère Amani, pateras, Vitzilopochtli. Each of these could have been skipped with no loss of enjoyment, but my regular online searches merely reinforced the verisimilitude of Gauthier's descriptions.

It’s impressive that this quite short story at various points reminded me of Thomas de Quincy’s opium nightmares, H. P. Lovecraft’s occasional forays into Egyptiana as well as his handling of enormous spans of time and space, and the 1970s children’s animated series “Mr Benn”. (of the three, de Quincy does pre-date this story by about 20 years and could well have influenced the imagery). The opening in the antique or bric-a-brac shop was reminiscent a whole school of decadent/bohemian imagery - À rebours and M. P. Sheil’s Prince Zaleski for example. It seems unlikely this story is the source, however.

I have to confess ignorance of the exact cultural background that the protagonist comes from. Superficially he looks like the young man-about-town hero of a late Victorian adventure - Machen’s Mr Dyson for example but they invariably have money and status behind them. That’s in part no doubt to Britain’s class system. How different was France half a century after the Revolution, but in the middle of a turbulent century of empire and re-established monarchy and republic, turn by turn? France gives us the “Bohemian” which was reflected back into Anglophone literature (even Sherlock Holmes started as virtually penniless in the Bohemian fashion, and quickly changed from human computer to having some “aesthetic” traits).

Despite its being rich with echoes of many and varied things the story itself is a relatively slight and tongue-in-cheek thing. It’s actually the sort of fantasy story that used to annoy me as not taking things seriously (because, I suppose, I felt belittled in a way for enjoying such things told “straight”). It’s hard to see exactly how this was received all of 180 years ago - would it have been viewed as a bit “racy” or would it always have been deemed suitable as “an adventure story for girls?”

I don’t know if the argument against the protagonists frailty has any philosophical or moral, or even satiric bearing, or is simply Gautier extrapolating from the fact of mummified flesh’s hardiness (and combining the idea with the longevity of the Biblical patriarchs (and other figures of classical and near-eastern myth?)

I've yet to explore either Gautier or Lefcadio Hearn (two more longtime 'meaning to' writers), but they sound really fascinating characters, especially the latter, so this seems rather a slight story to come at an intersection between them.

Having said that, I thought it was fun and quite humorous. Up until the narrator went out to dinner I read a foreshadowing of Jerome K Jerome, but then it gradually moved into Clark Ashton Smith mode (not Lovecraft---too light and humorous for H. P.) I'd like to think of both reading Gautier.

I liked all the background detail; he really paints vivid backdrops for the story---even including the smells.

I was left quite taken with the narrator: a man of letters, visits antique/curiosity/junk shops, decorates his rooms with watercolours and curios, goes with friends to look at art, indulges in wild evenings where they consume too much wine---and possibly other stuff, going by his dreams--I like the chap! I imagine he is pretty much the young Gautier.

I liked this one too though it had only one weird moment, but it was a good one: where the Pharaoh, covered with naptha and bitumen, still lives and is sentient.

>11 KentonSem: Yes, that Poe's story is a good companion piece to this. Both stories were written in the mummy craze and both use mummy's to comment on contemporary society though here it's mostly the current practices of handling the dead.