THE DEEP ONES: "Potarnees, Beholder of Ocean" by Lord Dunsany

THE DEEP ONES: "Potarnees, Beholder of Ocean" by Lord Dunsany

First published in the 1908 edition of Irish Homestead Christmas. 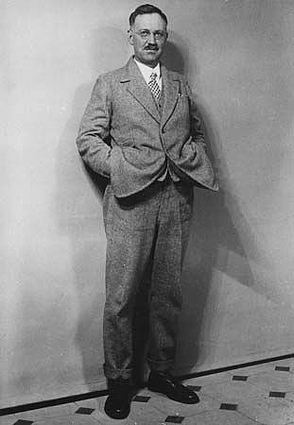 A Dreamer's Tales
At the Edge of the World

Not directly relevant to the story, but there's an author using the pseudonym Welleran Poltarnees.

(The memorious will recognize the rest of the name as from Dunsany's "The Sword of Welleran" - which was the subject of one of the first Deep Ones discussions. Looking it up, it was specifically our fifth.)

My Modern Library edition combining The Book of Wonder and Time and the Gods doesn't include "Potarnees" so it's online for me.

>2 AndreasJ: The Disambiguation Notice for that author is instructive. (But is it "Po-tarnees" or "Pol-tarnees"?)

It's "Poltarnees" with an -L-; Kenton misspelled it in the thread title and OP, which I didn't notice before you mentioned it.

I think the list of selected print versions in >1 KentonSem: is unintentionally misleading because only certain omnibus editions that have borrowed the title Time and the Gods will include this story.

As it happens, I have it in the UK paperback of that name, put out by Gollancz as part of their "Fantasy Masterworks" series.

The thousand-and-one differing editions of Time and the Gods have posed a problem here in the past. I'll just leave it out.

That no-one wants to return, despite the Inner Lands being the happiest in the world, suggests they represent something that cannot be returned to, such as childhood.

On this read I found myself reflecting that since apparently only young men leave, the Inner Lands must have a strongly skewed sex ratio. I suspect though that Dunsany would have found this reflection beside the point.

Anyway, I mostly like the story for Dunsany's language.

No getting around it, for me: Dunsany's prose and reflective tone are each compelling, and reason enough to read.

The ending is a bit surprising: not the literal outcome, with Athelvok violating his oath and Hilnaric unmarried. Hilnaric prophesied this, after all, and there's nothing in the ending to suggest she's at all unhappy with it. But for the reader, the last words are about the men of the Inner Lands despising ocean and the tides, and the Moon hating men in return. The moon had not been mentioned since the original encounter between Athelvok and Hilnaric, and then brought beauty to the world of the Inner Lands. Perhaps this is merely Dunsany's way of ending the story, by drawing back from the individual characters and looking upon the race as a whole. Somehow that seems to underestimate Dunsany's storytelling, though.

So over the course of the story, there are men hating the Ocean / Sea, the Sea acting out in anger against other men yet singing a dirge for all those harmed, and the Moon in its turn hating those men who themselves hate the Ocean / Sea. Interestingly, the Sun is mentioned but always benevolently, lending "glory" to the Sea and seeming "amiable, near and friendly" to men of the Inner Lands.

Overall, the tenor of the story suggests to me a sense of something lost, something familiar but not quite remembered. I'm tempted as I often am when reading something ineffable, to look for allegorical readings, but that also seems to me a misreading of Dunsany.

>7 AndreasJ: I found myself reflecting that ... apparently only young men leave
It does seem relevant that all but Hilnaric are labeled as men, though here as with so many texts I'm uncertain whether that's meant to be generic for people or is deliberately specific as to gender. Even the Ocean is referred to as "he", and the moon with "it", which for Dunsany's prose style was unexpected.

The Moon hating you for cursing the tides seems logical enough to me, in the sort of world where the Moon can hate. The tides are so to speak its children.

Women rarely play much of a role in Dunsany's stories (or at least not in the early ones - I haven't read much of his later work), and I could believe it simply didn't occur to him to consider what happened to the leftover women. I'm pretty sure however he isn't using Men = Mankind here, although that usage occurs elsewhere in his work; it's more or less never used in restricted definite constructions like "the young men".

I was conscious of a slightly different tone to this one. It's fairy tale, and I detected, I thought, slight echoes of the language of Oscar Wilde's fairy tales.

Although, at the end it pivots away from the stories of the princess and the hunter and becomes the kind of myth that explains the foundation of a city or the site of a shrine somewhere in the Classical world.

Or, you could say that it's "really" about the wanderlust and thirst to see over the horizon that was the driver (very often self-proclaimed) of so much classic science fiction of the pulp era. But it's also the sea fever that nearly carries the water rat away from the cozy world of The Wind in the Willows. The mole has to talk him down, you may remember.

I'm intrigued by the change in religious belief. This seems to start well before the last two lines, evidently already underway when Hilnaric's father is accusing the other two kings of blasphemy. I have absolutely no guesses at any underlying meaning, though.

Are there a few red herrings? I spent a little time getting the geography of the first paragraph fixed in my mind, expecting to need it later. Her father's reference to the princess being self-willed had me thinking that she, herself, would go to the top of or disappear over the mountain. The princess's delight in Athelvok's stories seemed to me to hint at Othello and Desdemona and I anticipated some tragedy, but I was probably reading-in altogether too much, there.

I don't believe I've ever read this before, and I'm glad to have done so---I practically wallowed in Dunsany's prose. Delightful.

I've been reading quite a lot of short stories lately (mostly E. F. Benson) but this is the one that's really stuck in my mind. It's firmly etched in there---and on a single reading. Definitely one to ponder on; which I've been finding myself inadvertently doing.