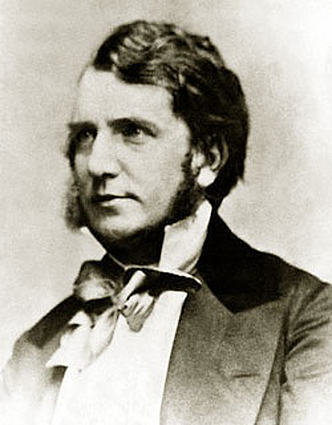 The Dark Descent
The Penguin Book of Ghost Stories
Ghosts: A Treasury of Chilling Tales Old and New
Green Tea and Other Ghost Stories

At the risk of being really annoying, Green Tea and Other Ghost Stories doesn't seem to contain this particular story.

I think I'll read it in my old copy of In a Glass Darkly. Some bibliographical information from the notes in the book (it's the Oxford World Classics edition edited by Robert Tracy): the story first appeared in Belgravia Magazine for January 1872 entitled "The Haunted House in Westminster". It's a "drastic revision" of "An Account of Some Strange Disturbances in Aungier Street", which was published in Dublin University Magazine, December 1853).

Seemingly another example of a story with multiple variations. We've come across this in DEEP ONES readings before, some of which proved to offer distinct stories and others were more along the lines of revisions sharing themes and plot.

I'd hoped this would be included in one of my various supernatural collections but it appears not, so online for me.

I read this just over ten years ago, in late 2010, but recalled very little of it, basically only Harbottle's courtroom style and his oneiric trial by a larger-than-life simulacrum of himself. The Pynewecks, central as they are, I'd completely forgotten.

It seems in character for Hesselius to lose a "valuable MS", but apart from undermining any confidence in him one might retain after "Green Tea", I'm not sure what the multiple frames add. Do we really care there's supposedly a "scientific" explanation for the apparitions?

Harbottle definitely had it coming, but I actually felt a little sympathy for him. Not sure if Le Fanu intended the reader to.

It's a long time since last reading this story for me as well, and I'd forgotten nearly all of the details. The benefit was that I genuinely didn't know what was going to happen.

I really enjoyed it (despite needing to look up some of the words used) but I thought I could see why Lovecraft might not have enjoyed it...I don't know if he ever read this particular one, but I'd seen his comments on LeFanu before reading the links in >1 KentonSem:: how he'd hoped for ghost stories (talked up by M. R. James) but came to a lot of historical and "sensation" novels and wrongly-attributed weak ghost stories before coming to the good stuff. I can imagine him focusing on the elements (in "Green Tea", say) that reminded him of the things he didn't like in what he's read before.

Because I thought I could discern the different elements in this story. Working backwards, the last third or so - the ghost story proper - I think shows how much James learned from LeF anu. It's very Jamesian, and the ghost of Pyneweck in the closed Sedan chair is both Jamesian and strikingly cinematic, I thought. The middle section is more of a Victorian mystery/historical novel in miniature. I was caught up in the story, but could imagine Lovecraft becoming exasperated with it. The Dr Hesselius framing device, though (just a prologue here)...I don't know enough about 19th century fiction to offer an informed opinion, but the notions I had included - did a recurring character sell better, or make selling to the magazine more likely? The idea that Conan Doyle invented the idea with The Sherlock Holmes stories in The Strand Magazine seems like something I've read, but it feels very unlikely. Is Le Fanu having fun at the expense of "brain specialists" or the faithful secretary who is "editing" the Dr's papers? Or just setting things up so there is a notion of believability to the exciting narrative, rather than the dry eyewitness account, being presented to the reader? Although of course the "editor" ends the prologue by confessing he might well have used the exciting one, even if both texts were to hand! The Victorians didn't mind ponderous, drawn-out jokes!

The Oxford edition supplies the textual variants between this version and "The Haunted House in Westminster". They are minor tweaks for the most part.

I do have "An Account of Some Strange Disturbances in Aungier Street" in another book. I haven't reread it this week but I took a look and it's very different. Not simply because it's set in Dublin rather than London (as an aside, Le Fanu set most of his later fiction in England for commercial reasons, including the reworked versions of older stories. Commentators have noted some details can occasionally seem a bit "off", but mentally putting the setting back to Ireland explains things) but because "things" happen to the narrator. In fact this version of the story is the one that is very similar to Bram Stoker's "The Judge's House".

In the five stories in In a Glass Darkly, the good(?) doctor only participates directly in the action of the first, "Green Tea", and the frame of the others being from his papers gradually diminishes in importance. One gets the impression Le Fanu tired of the device.

The Encyclopedia of Fantasy, however, claims in its entry on occult detectives that the stories were originally written without the Hesselian frame. In "Green Tea" I assume it's not so much Hesselius as the editor that's been added.

And my book notes that the five stories were originally published in different magazines. It does very much look as if the prologues were written especially for the stories' publication in book form. Bang goes my pet theory!

It's annoying that the notes (which scrupulously note textual differences between magazine and book versions of the main texts) don't bother to confirm this.

>4 AndreasJ: Do we really care there's supposedly a "scientific" explanation for the apparitions?

I also wondered about the framing device(s), but haven't read the other stories in the collection. You hint that it at least goes some way in tying them together with a character mentioned in others, and that would be enough reason. Regardless, I chuckled at the trope of found MS and fictional footnotes.

>5 housefulofpaper: despite needing to look up some of the words used

I had to look up at least a dozen words, perhaps more, and did it gleefully. They are archaic and suspect many were archaic even when he wrote the story. No doubt I'll not remember any of them, but wish that I would! perukes; Rhadamanthus; tipstaff; piggins full; various Hogarth prints including "Idle Apprentice Executed at Tyburn"; posset -- to to mention the background on Bow Street Runners, "secretary hand", or the ways of the English court system. Great stuff.

Overall I enjoyed the story but don't think any detail will stick with me. I was in the mood for the Dickensian storytelling, and that helped. It was more ghost story than Weird story, though I found the justice meted out more reminiscent of a Sidhe court than a Weird court.

It was the descriptions of clothing (actually, do wigs of the period count as clothing?) that I needed the most help with, and thankfully the internet came through (it was an American site detailing life around the time of the Revolution, interestingly enough).

The notes in my Oxford edition suggest Le Fanu's understanding of the English legal system was a little bit awry. Glossing "Court of Common Pleas", editor Robert Tracy has "a court for civil cases between private parties, fixed at Westminster (abolished 1873), Harbottle, however, also hears criminal cases and goes on circuit, perhaps reflecting aspects of the Irish legal system".

more reminiscent of a Sidhe court - I think you're absolutely right with this observation.

Although rather than a sharp distinction, I think it raises a question, as have previous stories - I'm thinking in particular of Fitz-James O'Brien's "The Lost Room", previous Le Fanu stories, and whenever Dracula crops up in the conversation. That question being, how much Irish Folklore fed into the development of the Weird tale (and I suppose, a supplementary question: was there a parallel stream via 19th Century mysticism/occultism and the "Celtic Twilight"?).

I'm in agreement with the others about the necessity of the prologue. I found it the story's weakest part and confused me as to whom the narrator was.

I liked the variations on a ghost story, particularly mixing the physical with the ghostly and the doubling of Pyneweck before his death. Clubbing the footman clearly shows he's not just a spiritual projection of Pyneweck's personality. Likewise at the end, where the rope is certainly physical though carried by an apparition.

I also thought the psychology of Mrs. Pyneweck was well done.