THE DEEP ONES: "The Dissection" by Georg Heym

THE DEEP ONES: "The Dissection" by Georg Heym

"The Dissection" by Georg Heym 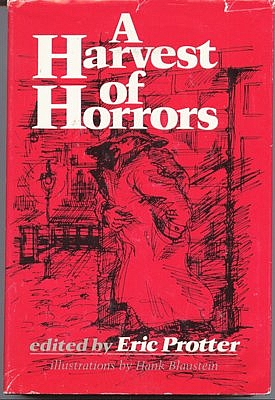 A Harvest of Horrors
The Weird: A Compendium of Strange and Dark Stories

I think this contains some beautiful prose, and I'd like to read more (a) Georg Haym and (b) 'stories' (or vignettes?) like this.

It's actually been over a year since I read this in The Weird, but for me it's certainly one of the most memorable pieces of the (excellent) collection.

I think vignette is more appropriate than story, yes.

The large wound suggests he died violently. Accident, perhaps, but my thoughts rather went in the direction of his love affair being adulterous and him being murdered by a jealous husband.

The vignette reminds me of another German poet with a nefarious past: both the prose style and the biography parallel that of Gottfried Benn. Benn was a physician and combined a scientific precision and rigour of description, while addressing bodily pestilence and decay. Benn's essays read very similar to this story of Heym's.

I was struck at the choice of terms in the closing sentence: "... the iron chisels in the hands of the doctors broke up the bones of his temple."

My German wasn't up to the question, so I consulted a couple online dictionaries and it appears there is no pun in the German. Though Tempel is a cognate of the religious structure, the same word is not used for the bones of the forehead. Perhaps AndreasJ can verify that?

The original has Schläfe, which means "temple" in the anatomical sense only.

I did wonder if the double meaning was intended or had any justification in the original, but didn't get around to checking before you prompted me, so thanks for that.

Heym seems to indicate that consciousness somehow remains rooted in the physical form even after death. That's a more chilling notion than the average horror trope of being dissected alive.

Good point. And if so, what does consciousness experience in a decaying, decomposing substrate? And what happens once that material base has fully disintegrated?

I took "temple" to be an allusion to the Christian idea of the body being the temple of God. However, as per >5 AndreasJ: that seems to probably be an artifact of translation.

So, is his final vision a memory or indication he's somehow going to be returning to watch his lover post-mortem?

I liked some of the precise language, but, otherwise, the story didn't do all that much for me.

I think this is an example of a story long much of its power to shock after a century and more. Its imagery has been overtaken by decades of poetry, fiction, songwriting, music videos, and so on. I am anxious about either overpraising it, or coming off like an ignorantly dismissive one-star Amazon review.

But that said, something about it feels definitely 20th-century. As if the (white, tiled, antiseptic) walls of the dissection room were imparting their atmosphere to the story.

I didn't connect the memories of the love affair with the wound that brought the dead man to the dissection room. Rereading the last passages again it seemed to me there's a poignancy - the dead man has been given access to these precious memories, he "seemed to smile".."dreamed of beatific stars"...the placing of his declaration of love (is it a memory, or a return to consciousness and a new, or freshly-expressed thought?) as happening while the iron chisels break up his schläfe (to avoid the pun on temple ...although he remembers being in, or thinks he's now in, a chapel...) suggests that ironically at just this moment of bliss his momentary return to consciousness will be permanently extinguished.

Oh, it's just occurred to me - it's an example of that late-romantic, post Wagnerian coupling of love and death. The climax of love and desire attained just as the chisels smash through the bone and put an end to everything. The great Liebestod happening unheeded by the doctors within the inert body they're working on (not heroic, lifesaving work, but cataloging, almost clerical, mundane, work).